A dessert-like healthy snack, no matter the time of day 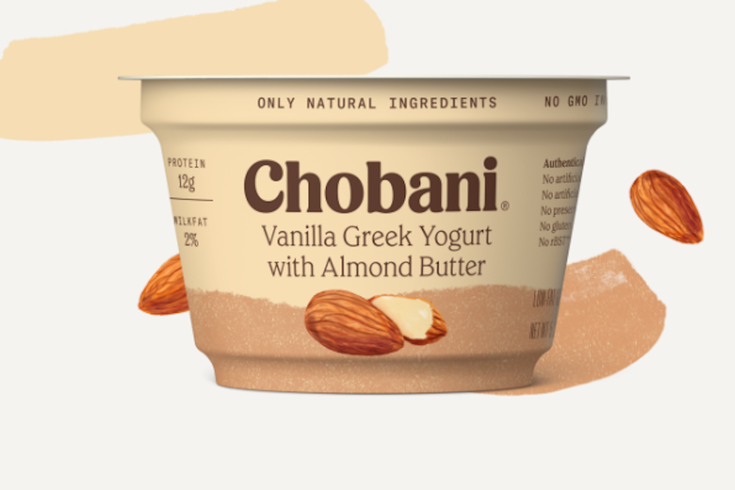 If you think about what your healthiest friend snacks on regularly, Greek yogurt and peanut butter are probably in the top 10 of their healthiest go-to snacks.

Popular yogurt purveyor Chobani has developed an on-trend healthy snack crossover — a super snack, if you will — in which Greek yogurt meets nut butter in one convenient cup.

The new line of yogurts, Chobani Greek Yogurt with Nut Butters, is slated to hit shelves this week at retailers such as Target, Popsugar reports.

RELATED READ:  Too many kids in the U.S. are missing out on this healthy source of protein

Like most yogurts with additives, the nut butters will sit at the bottom of the $2 yogurt cups, and will be mixed in at the consumer’s leisure, per Popsugar.

In terms of nutritional information, the 5.3-ounce cups pack 11 or 12 grams of protein, depending on flavor, and less sugar than fruity yogurt varieties, according to CNN. The nut butter-filled yogurts will feature higher calorie counts — ranging from 160 to 180 calories — than other Chobani yogurts.

Of course, according to Chobani, these yogurts are made from non-GMO ingredients and include no artificial flavors or preservatives, much like the brand's other products. Additionally, these yogurts are gluten-free and Kosher-certified.

"We thought it was a really beautiful marriage between the nutrient-density of Greek yogurt and the deliciousness of nut butters," said Peter McGuinness, Chobani's chief commercial and marketing officer tells CNN.

Food Navigator notes that yogurt retail sales have been declining for the past three years, though the past four weeks have seen an improvement. CNN adds that Chobani’s nut butter yogurts are likely an effort to entice more Americans to consume yogurt and boost the market.