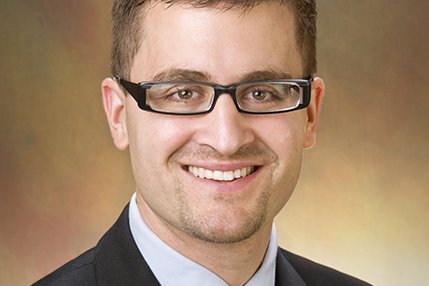 Urologist Gregory Tasian received the 2016 Young Physician-Scientist Award from the American Society for Clinical Investigation for his research into kidney stones.

Could there be a possible link between climate change and kidney stones? Thanks to his asking unusual questions like these, a doctor at the Children's Hospital of Philadelphia has received an award for his intriguing and innovative research.

As CHOP announced on Friday, urologist Gregory Tasian received the 2016 Young Physician-Scientist Award from the American Society for Clinical Investigation at their April meeting. His research focuses on kidney stones, which for mysterious reasons have become dramatically more common in the past few decades, especially in young patients.

The risk of a child getting kidney stones doubled between 1997 and 2007. In fact, Tasian's research showed that the group with the highest increase in the rate of kidney stones was teenage girls.

“The fact that there has been very little prior research has led to a lot of uncertainty about how to provide the best care for these children," said Dr. Tasian.

Tasian led a 2014 study that found a correlation between hot days and kidney stones, which suggests that the increase in kidney stones could be linked to global warming.

After examining data on 60,000 patients in cities with different climates, from L.A. to Philadelphia, researchers concluded that extremely hot days were associated with an increased risk of kidney stones, possibly because dehydration exacerbated symptoms for people prone to the ailment.

Interestingly, the study also found that extremely cold days could be associated with a higher risk of kidney stones too, perhaps because staying indoors all day affects people's diet and level of exercise.

Tasian is now working on research that looks into the relationship between kidney stones and diet.