A report from the city controller's office shows that employees in the City's Mail Distribution Center were paid about $10,000 in overtime that they never worked.

City Controller Alan Butkovitz issued the follow-up investigation after an earlier investigation found that thousands of pieces of mail – including tax bills, parking violations and court notices – weren't being processed on time. Some bills sat in the mail room with just one day until the payment due date, according to the city controller's office.

Another investigation, whose results were revealed in April, showed that improper sorting methods cost the city an extra $1.5 million annually.

It also found that the employees who worked in the mail room were paid 27 percent more overtime between 2013 to 2015 while receiving 10 percent less mail during that time.

Surveillance videos taken over an eight-week period between last year and late January found that 300 hours that paid a total of about $10,000 were wrongly claimed by the center's supervisor and administrative officer. They also wrongly approved overtime for other employees, the controller's office said in a news release. 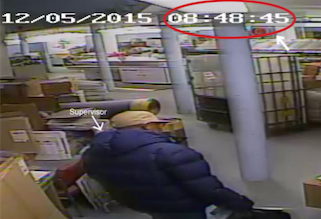 The controller's office revealed that the supervisor would record overtime even though he would sometimes show up as late as an hour for his shift. He was paid about $47,000 in overtime last year which is close to double his salary.

“Not only did it waste tax dollars, but it decreased productivity and created a hostile working environment,” said Butkovitz in a statement.

Butkovitz recommended that the Revenue Commissioner, as well as the District Attorney, take proper action.