Philadelphians are paying a pretty penny for their Thanksgiving meal this year, but at least it's not as much as what the rest of the nation has to part with, according to the city controller's office.

Philadelphians are paying $46.69 for the whole feast, a 9-cent increase from last year. That's still a few bucks shy of what the rest of the nation is paying at $49.87.

This is also the sixth year in a row that Philadelphians are paying less than national numbers, according to a news release.

The analysis is part of the controller's monthly economic report.

Here are the rest of this year's numbers: 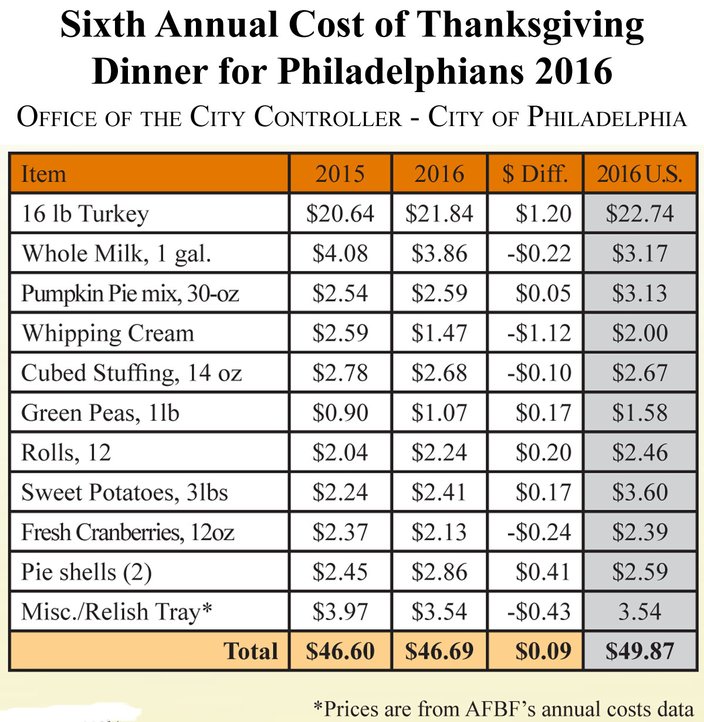