Climate change is affecting our health 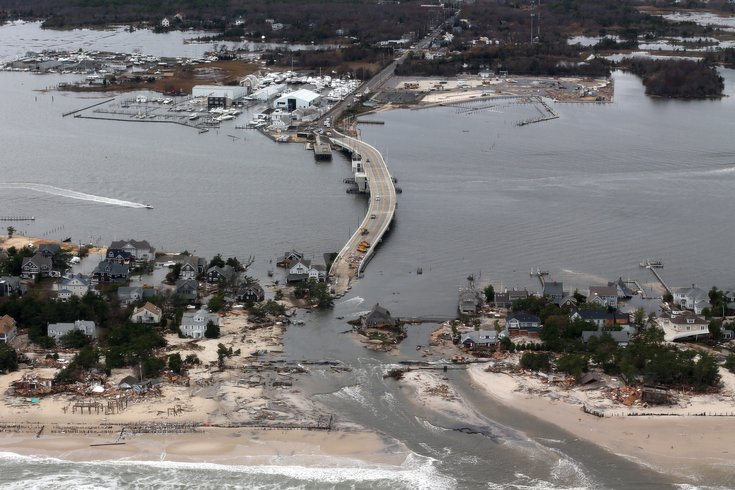 This Oct. 31, 2012 file aerial photo shows storm damage from Sandy over the Atlantic Coast in Mantoloking, N.J. Climate change is an enormous cost on U.S. regional economies in the form of lost property, reduced industrial output and more deaths.

Longer and stronger pollen seasons, increased lung cancer cases and the threat of unprecedented outbreaks of deadly dengue fever – these are just some of the ways that climate change is waging war on our health.

Today, doctors are already reporting visible effects of climate change in their patients, according to Grist contributors and global health experts and educators Jonathan Patz and Howard Frumkin.

"The sooner we act, the more we can do to protect our health," the Obama administration said.

"The American Thoracic Society found that seven out of 10 members are already reporting that climate change is affecting their patients," according to the Grist report, a call-to-action against climate change.

"In a similar survey, the National Medical Association found an even more pronounced threat, with 88 percent of its members saying that climate change was relevant to their direct patient care."

Patz and Frumkin point out some already apparent health implications of climate change and steps that must be taken in order to halt its progression, some of which are already underway, including a commitment made by President Obama last month and a climate change agreement by several international leaders to limit their output of heat-trapping greenhouse gases 80 to 95 percent by 2050.

A statement from Obama’s administration announcing the effort said in the past three decades, the percentage of Americans with asthma has more than doubled.

"Certain people and communities are especially vulnerable, including children, the elderly, the sick, the poor, and some communities of color," it stated. "The sooner we act, the more we can do to protect the health of our communities, our kids, and those that are the most vulnerable."