Colangelo: Sixers are 'a lot closer than people think'

With 'a little bit of luck,' Hall of Famer sees good things in near future 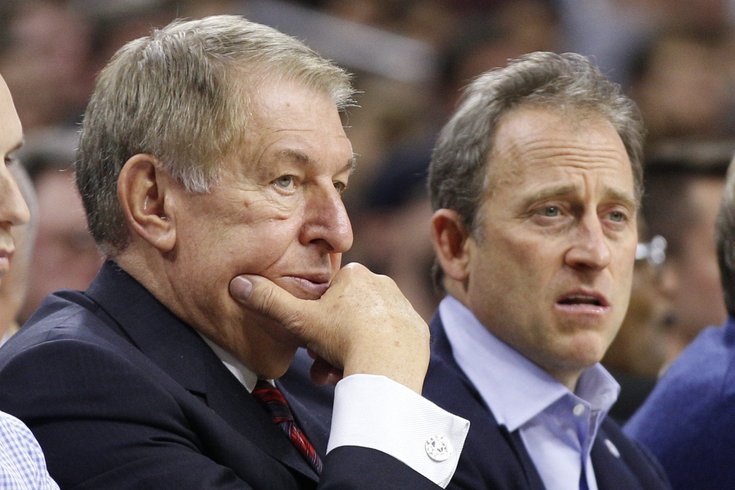 The Philadelphia 76ers are still searching for that all-important 10th win, the one that will keep them from joining the 1972-73 team as the worst* in NBA history with a 9-73 record.

Despite all their losing over the last three years, the Sixers won at least 18 games in each of the previous two seasons. This year, they've yet to win half that many with just eight games left to play. But don't tell that to Jerry Colangelo, the team's Hall-of-Fame Chairman of Basketball Operations.

On Tuesday, prior to the Sixers home game against the Charlotte Hornets, the team released a video featuring Colangelo offering his take on The Process™ as the 2015-16 regular season nears its end. It was strange to see clips of T.J. McConnell and Richaun Holmes mixed in with highlights of Allen Iverson, but I guess that's the best you can do when your team has yet to reach double-digit wins.

Among the many positive things he has to say in the two-plus-minute video is the fact that Colangelo believes "this is a situation that is a lot closer than people think." But there's another quote in there, a little bit earlier in the video, that should give some fans pause.

"If the stars are aligned -- and you have just a little bit of luck -- we could turn this thing around much faster, much quicker, than people seem to believe it's going to take."

Luck? I just hope he isn't banking on that and realizes that the city in which his team plays doesn't have the greatest relationship with Lady Luck. Finally winning the draft lottery in May would be a good start...

Here's a look at the full video, and we'll have more from the Wells Fargo Center following tonight's game against the Hornets.

A New Step In Our Journey

*Only the 2012-13 Bobcats (7-59) finished with fewer wins, but that was during the lockout-shortened season in which on 66 total games were played. That said, their winning percentage (.106) was lower than the worst possible percentage with which this Sixers team can finish (.110).