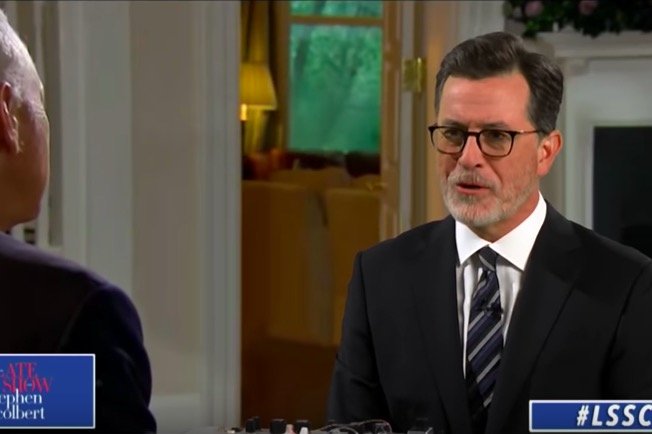 Stephen Colbert's boss at CBS, longtime executive Leslie Moonves, is officially out at the network after two articles were published in The New Yorker detailing allegations of sexual harassment or assault from 13 different women.

After confronting these allegations when they first went public, Colbert touched on them again during Monday night's "Late Night," calling the reports "extremely disturbing."

He went on to reference Louis C.K., who recently received a standing ovation from the audience after he performed a surprise stand-up set at the Comedy Cellar in New York, less than 10 months after misconduct allegations surfaced against him.

"Les Moonves is gone," Colbert said in his monologue. "For at least nine months, until he does his set at the Comedy Cellar."

Colbert then went on to further theorize on who wrote the anonymous New York Times op-ed about the Trump administration published last week, poking fun at Wikileaks' analytics that say the writer was likely an older conservative man.

The monologue culminated with Colbert administering a lie detector test against "Vice President Mike Pence" before the host welcomed Bob Woodward to discuss the journalist's book about the Trump White House, "Fear."

Check out some of that interview below.