She's one of many young adults with a surprising diagnosis 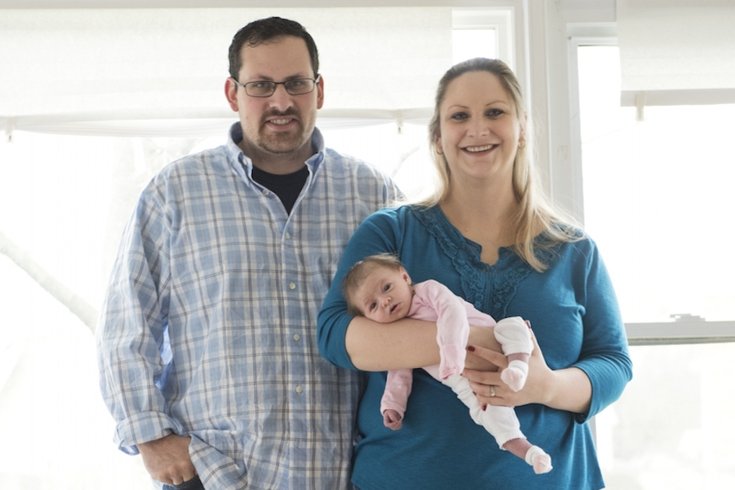 Colorectal cancer is the most commonly missed form of cancer in younger adults, according to recent studies. For a Bucks County woman, her eventual diagnosis put her in a growing group of young adults with a surprising colorectal cancer story

In 2015, Lauren Ricottone went in for a colonoscopy, expecting hemorrhoids to be the culprit behind occasional rectal bleeding. Instead, she found out she was pregnant.

Naturally, she delayed the procedure to avoid exposing her baby to anesthesia. Still blaming hemorrhoids, she explained the bleeding to her obstetrician and maintained fiber in her diet throughout her pregnancy.

RELATED READ: This is the most commonly missed type of cancer in younger adults

Two weeks after delivering her daughter, Lauren had bleeding again and became sick enough that her husband took her to the emergency room. This visit spurred her to finally get that colonoscopy and, at the age of 34, Lauren was diagnosed with stage 3B colorectal cancer.

“The tumor was so large that Dr. Reddy told me it would have perforated my intestine within days,” she said.

Following the surgery, Ricottone had to immediately start six months of chemotherapy. In addition to dealing with the uncomfortable side effects, she had to stop nursing her newborn daughter.

In February 2017, with an end apparently in sight, Ricottone had stopped chemotherapy and was beginning to resume her life. That is, until she ended up in the emergency room with a “stomach bug,” only to find out that she was pregnant again, according to a story written about Ricottone by Yahoo! Lifestyle.

After giving birth in August, she had her first scan a month later, which showed spots on her lung. Her colon cancer had metastasized; she would require immediate surgery.

Now, 16 months later, Ricottone is disease-free and “determined to stay that way,” according to Yahoo Life. The five-year survival rates for stage 4 colon cancer are 14 percent, according to the Colorectal Cancer Alliance, but she is confident she will beat those odds.

If you have any signs of colon cancer, such as bleeding, diarrhea, or constipation that doesn’t go away after a few days, see your doctor immediately.

“Even some physicians will brush off bleeding in a 30-year-old as hemorrhoids,” Ricottone told Yahoo! Lifestyle. “But it should still always be checked out with a colonoscopy.”

Read more about Ricottone's story on the Fox Chase Cancer Center site or at Yahoo Lifestyle.