Colorectal cancer is the third-most common cancer in the U.S., but also one of the most preventable 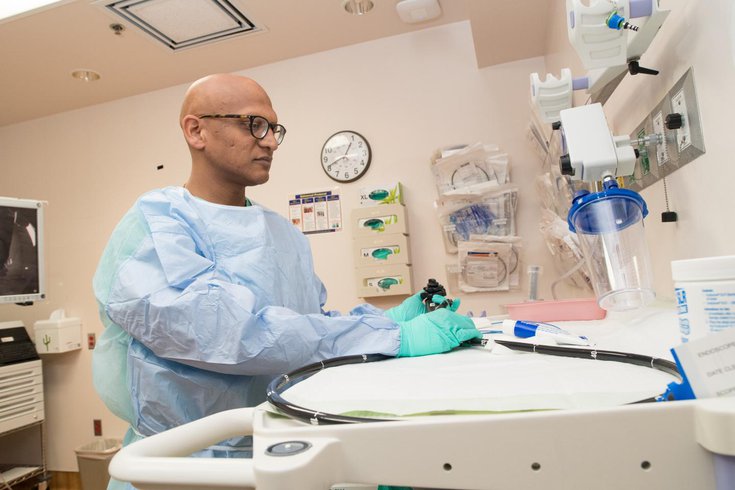 New research emphasizes the importance of scheduling a colonoscopy as soon as possible after an abnormal stool blood test.

Patients who received colonoscopies more than 13 months after abnormal tests were up to 1.3 times more likely to have colorectal cancer than those who had the procedure done within three months of their stool tests, according to a Veterans Affairs study.

The likelihood of an advanced stage of cancer diagnosis was up to 1.7 times higher when the colonoscopy was delayed longer than 16 months. Patients who delayed the procedure for more than 19 months had up to 1.5 times higher risk of colorectal cancer-related death.

The data analysis involved more than 200,000 veterans who had abnormal stool tests between 1999 and 2010. They had no history of colorectal cancer or inflammatory bowel disease and were between the ages of 50 and 75.

Dr. Folsade May, a gastroenterologist at the VA Greater Los Angeles Healthcare System, and her team called for further work to address the barriers that may be preventing people from having an earlier procedure.

"Currently, there is no national policy or standard for the clinically acceptable time interval between an abnormal ... result and diagnostic colonoscopy," the researchers wrote. The study was published in the journal Gastroenterology.

"Time to colonoscopic follow-up varies widely in practice and across health care settings. A recommended interval that is too long can contribute to polyp progression and stage migration of colorectal cancer, risking the need for more aggressive and morbid treatment as well as less favorable outcomes."

The driving force behind this change was younger Americans being diagnosed at higher rates. People born in 1990 have twice the risk of developing colon cancer as people born in 1950. And they are four times more likely to develop rectal cancer, according to the latest data.

Screening options include annual stool blood tests or a colonoscopy screening every 10 years.

The use of stool tests to screen for colorectal cancer has increased during the COVID-19 pandemic because of the safety of at-home testing.

But Dr. Samir Gupta, a study co-author and chief of gastroenterology at the VA San Diego Healthcare System, said a colonoscopy is still important after an abnormal stool test to ensure an accurate diagnosis and treatment plan.

"Some patients and providers even explain these results incorrectly, attributing abnormal results to hemorrhoids, something that was eaten, or other problems," he said.

"They don't believe the results. The results of this study should raise awareness that delaying colonoscopy after an abnormal stool test can have major consequences, including increased risk for cancer diagnosis, late-stage cancer at diagnosis and death from colorectal cancer."

Colorectal cancer is the third-most common cancer diagnosed in the U.S. It is also one of the most preventable types of cancer. It includes cancer in the colon, a part of the large intestine, and in the rectum, which connects the colon to the anus.

The most common symptoms are a change in bowel habits that persist for more than several days, rectal bleeding, blood in the stool, abdominal cramping and fatigue. Most colorectal cancers start as polyps, which can become cancerous if not removed.

Risk factors include obesity, a sedentary lifestyle, smoking, alcohol use, a history of ulcerative colitis, Crohn's disease or type 2 diabetes, and a family history of colorectal cancer.