…and how to get help if you have one 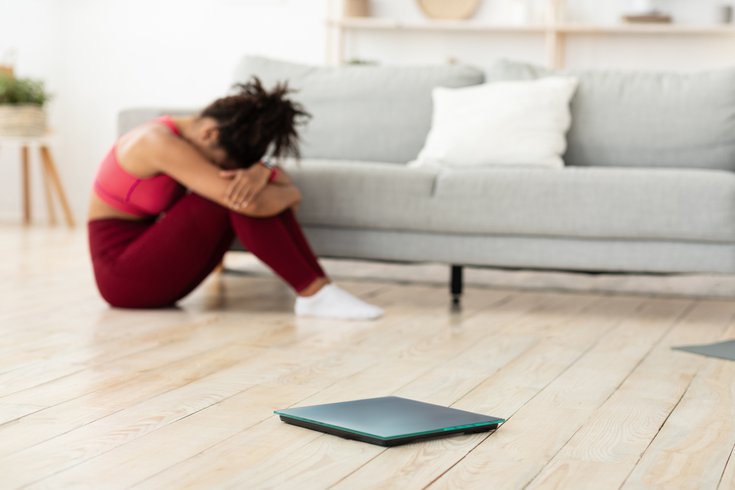 Beyond sustenance and nutrition, eating provides opportunities to gather with friends and family. Preparing food has even been found to relieve stress and provide other mental health benefits. But for millions in the U.S., these common activities can lead to stress and unhealthy behaviors that stem from misperceptions about their body.

Eating disorders are serious illnesses that can have both mental and physical consequences. It’s common for an eating disorder to develop when someone develops an unhealthy preoccupation with their weight. The resulting disordered eating habits can lead to a cycle of physical and emotional health problems. The body’s inability to get the right nutrition harms the heart, digestive system, bones, and teeth. In serious cases, eating disorders can cause long-term, significant health problems.

The three most common eating disorders are anorexia nervosa, bulimia nervosa, and binge-eating disorder. If you or someone you know is suffering from the symptoms of these conditions, it’s important to seek professional help.

Anorexia nervosa occurs when people eat very little, to the point of starving. Those with anorexia often see themselves as overweight despite having an abnormally low body weight. The disorder can be accompanied by intensive and excessive exercise and an extreme fear of gaining weight. Anorexic behaviors can result in malnutrition and a number of serious health issues ranging from anemia to bone loss. In severe cases, death can occur due to heart problems or an imbalance of minerals in the body.

Eating too much can be just as unhealthy as starving. Those with binge-eating disorder eat large amounts of food in a short period, including when they are already full. Those with this disorder may eat in secret and until they’re uncomfortable, which often results in feelings of shame. Binge-eaters can have a hard time controlling their weight, and if they are not able to lose weight while dieting, binge-eating can develop into bulimia.

Those with bulimia nervosa have the same symptoms and behaviors as binge-eaters, but try to control their weight after eating by forcing themselves to vomit or by using laxatives, enemas, or weight-loss supplements. They may also fast and engage in excessive exercise to offset a binge-eating episode.

While anorexia, binge-eating, and bulimia are the most common eating disorders, it’s possible for people to suffer from other disorders, such as the regurgitation of food (known as rumination disorder) or avoidant restrictive food intake disorder, which is similar to anorexia but does not involve negative perceptions about one’s body image.

If you believe you are suffering from an eating disorder, it’s important to seek help immediately. Begin by having a conversation with someone you trust. And if you’re on the other side of that conversation, be ready to listen. If you observe warning signs or symptoms in a child, friend, or loved one that potentially indicate a problem, start a conversation about it.

Primary care providers can also be helpful in identifying the early warning signs of an eating disorder and referring patients to medical and mental health professionals who can provide treatment when necessary. Treatment may include counseling or a prescription to help treat the anxiety or depression that accompanies many eating disorders.

The consequences of an eating disorder can be severe, but with the right support and treatment, it’s possible for those suffering to return to a healthy relationship with food and eating.