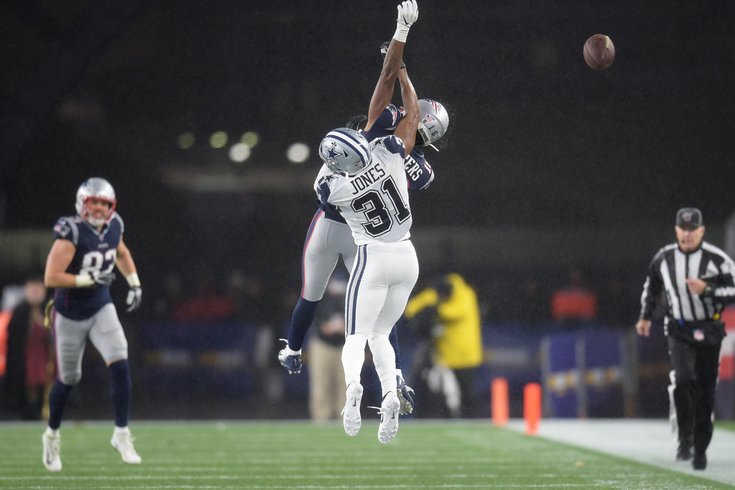 When NFL free agency begins in a few weeks, the Philadelphia Eagles will have to decide whether or not Cowboys cornerback Byron Jones is worth the $16 million per season that many are projecting he will likely command.

While upgrading on 2019 starting corners Jalen Mills and Ronald Darby isn't exactly a high bar, I was curious how Jones compared to the two corners the last two seasons, or perhaps better stated, to what degree is he a better player.

Since 2018, pro-football-reference.com has added "advanced defensive statistics" for corners. As a disclaimer, much like sites like Pro Football Focus, the following stats can lack context, like scheme, difficulty of coverage assignments, etc. Still, the difference between Jones and Mills/Darby is pretty significant.

As you'll see, in 14 more games than Mills and 11 more games than Darby, Jones allowed fewer yards and TDs overall. Additionally, his completion percentage allowed, his yards per target allowed, and his passer rating allowed numbers are substantially lower:

Mills is thought of as a solid tackler, but should he be? Jones is drastically better in this area, which makes sense, since he has played safety in the NFL as well. Obviously, we all know Darby has been a brutally bad tackler, and the numbers match the eye test:

And of course, as anyone who has taken a hard look at Jones is aware, the one flaw in his game is that he does not make many splash plays. Then again, neither do the Eagles' current corners.

Jones would be a major upgrade in the Eagles' secondary. He would not only force more punts as a result of more incompletions and far better tackling than what the Eagles have gotten, but would also, in theory, give the Eagles' pass rush more time to get to the quarterback.

As noted, simply improving on the Eagles' bad corner play should be easy, as it would be difficult to be much worse. But even compared to the other top corner that is kinda-sorta available, the Lions' Darius Slay, Jones compares favorably:

Both Jones and Slay are going to get paid. The difference is that Jones is a couple years younger, and won't also cost a Day 2 pick.