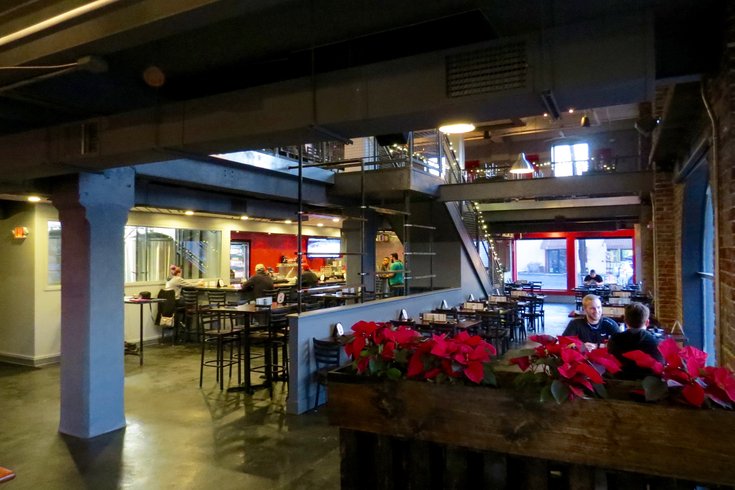 Located on the corner of Dekalb and Front streets in Bridgeport, Montgomery County, the Conshohocken Brewing Company's Bridgeport Brewpub is serving up food and drinks seven days a week.

The 180-seat gastropub has been open for a few short months and serves more than a dozen craft beers aimed to please light beer drinkers and hop heads alike.

Kevin Love is head of on-site operations at the brewpub. He said the company’s original location in Conshohocken had been wildly popular since it opened in 2014, but because of its primary role as Conshohocken Brewing Company’s beer production site, space for serving guests was limited. 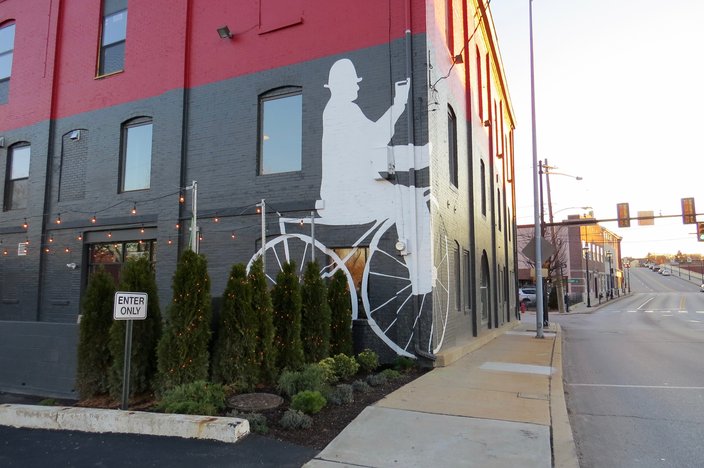 While the choice to open a gastropub in Bridgeport may have had some scratching their heads, Love said as soon as they found the building, they knew it was something special.


“Bridgeport’s awesome. It’s up and coming. The town has been unbelievably supportive,” said Love.

“This location just had so much appeal to it because they have a ton of traffic going through this town. It has its own parking lot. It’s on the river.”

The borough does not have many undeveloped parcels, so businesses need to repurpose already intact structures or demolish existing structures and build from scratch. While this may sound like a bit of a headache, businesses are not subject to business privilege or mercantile taxes in Bridgeport, so there is plenty of incentive.

According to Bridgeport Borough Manager Keith Truman, the Conshohocken Brewing Company has been an instant success ever since it opened its doors late last summer. He said the Brewpub is a great example of the borough’s continuing revitalization efforts and joins places like the Bridgeport Rib House and Taphouse 23 in creating a vibrant food and entertainment district.

“I think they are another example of the renaissance that Bridgeport has begun experiencing within the past few years,” Truman wrote in an email.

But beer isn’t the only thing on the menu.

“The biggest thing is, we wanted something that was fresh from scratch -- all fresh products, locally sourced, made really, really well. That was our mission with everything,” said Love. 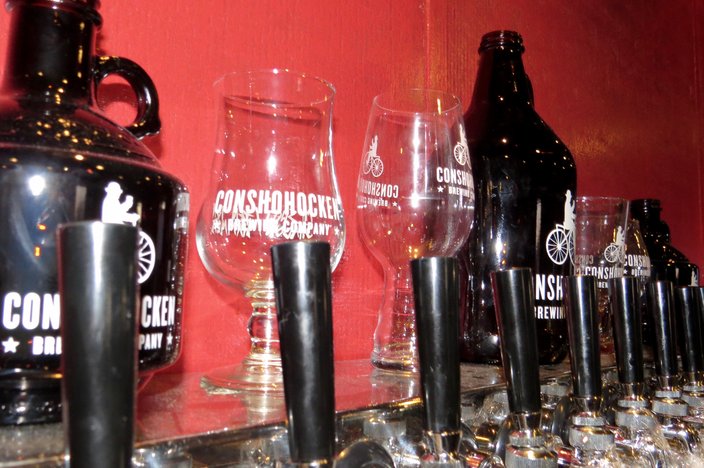 The restaurant serves brunch on Sundays and offers a full menu of handmade, never frozen fare, including everything from Wagyu beef burgers topped with smoked gouda and pork belly to pan seared Mahi Mahi with red beans and rice.


If traditional pub grub to pair with your Conshohocken IPA is more your style, the kitchen serves up nachos, hot wings, and beer-fried cheese curds.

Love said the Brewpub produces smaller batch beers not always found at the Conshohocken Brewing Company’s Tap Room. If a particular test run is well received, they will look into producing it in the larger production brewery.

People who are unfamiliar with craft beer should not be intimidated by the brewery’s rotating tap list. Love prides himself on customer service and said his staff of about 60 is helpful and knowledgeable.

“We do training classes for our servers and bartenders. We know every single day what new beers are coming on, what the flavor profile is, and what beers go well with what items,” he said.

While the folks at the Conshohocken Brewing Company hope to expose more people to their food and beer, the borough hopes the Brewpub will attract more people to the streets of Bridgeport by offering consumers visiting nearby Norristown and King of Prussia something unique.