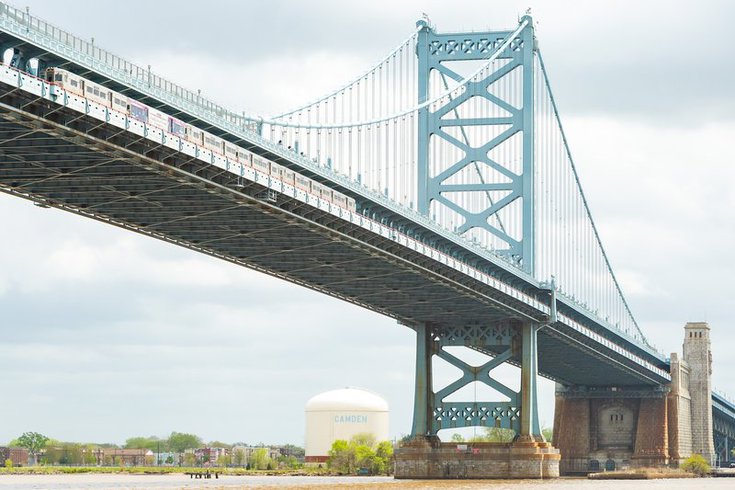 Two construction workers were struck and killed by a westbound PATCO Speedline train on the Ben Franklin Bridge around 9:20 p.m. Friday night. The workers were contractors from JPC Group Inc. involved in a long-term bridge rehabilitation project announced in March 2020 and set to continue through December 2024. The above file photo shows a PATCO train traveling across the Benjamin Franklin Bridge.

Two construction workers were struck and killed by a westbound PATCO Speedline train on the Ben Franklin Bridge Friday night, according to the Delaware River Port Authority.

The incident occurred around 9:20 p.m., near the middle of the bridge closer to the New Jersey side, Courier Post reported. The workers were involved in a long-term bridge rehabilitation project announced in March 2020 and set to continue through December 2024.

Ben Franklin Bridge connects Camden and Philadelphia with railroad tracks on either side of its seven lanes of traffic. The accident happened on rail lines on the northern side of the bridge, which is its right side for traffic headed into Philadelphia.

The two workers were contractors from JPC Group Inc., a safety director for the company told Courier Post. The company and families of the victims are waiting on more information.

PATCO service was delayed in both directions Friday night following the incident, due to "police activity," the corporation said in a Tweet. By 10:50 p.m. that night, trains were running on or close to schedule in both directions.

✅Trains are currently running on or close to schedule in both directions. https://t.co/vDPEkpjmSC

Delaware River Port Authority bridge police and Camden County officials are involved in an ongoing investigation of the accident.