Tyrone Griffin, who challenged the jurist deciding his fate, gets less than the max 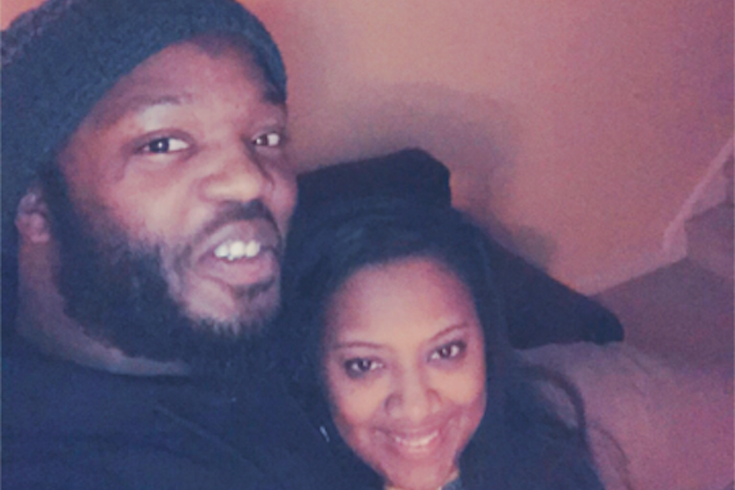 Citing an extensive criminal history, a perceived lack of remorse and a penchant for deflecting blame onto others, a Philadelphia Court of Common Pleas judge on Wednesday morning sentenced a man convicted of a weapons charge to up to 16 years in prison.

What made the case unusual was the fact that defendant Tyrone Griffin, 32, publicly called out Judge Anne Marie Coyle, prosecutors and police officers in an interview with PhillyVoice in the days before his sentencing.

On eve of sentencing, convicted man calls out Philly judge set to decide his fate

The Norristown man did so as he, his girlfriend, his mother and other supporters were resigned to the fact that he would receive a maximum sentence of 20 years.

Griffin was convicted in May of possession of a firearm by a prohibited person, a charge which arose because a loaded 9mm was found under the driver’s seat of his car – with his DNA on it – during an early morning traffic stop in the city’s Germantown section in November 2017.

Police said Griffin was stopped because of illegally tinted windows. He claimed the ensuring arrest was a result of an illegal search, in part because of shifting testimony by the officers about a smell of marijuana emanating from the vehicle, which they said prompted them to search inside.

“If police are lying or being deceptive at the very beginning of an investigation, and pass that information along to district attorneys who then proceed to try that case, the outcome is always going to be the same," Griffin told PhillyVoice in a phone interview from Curran-Fromhold Correctional Facility last week.

"They’re going to send some innocent people to prison and allow some guilty to go free," he continued. "The system is going to remain broken.”

Griffin doesn't deny that a gun was found inside his Chevy Camaro, or that he was barred from possessing one after a 2014 aggravated assault conviction. He has already hired an attorney to appeal the conviction.

Griffin's best hope to get released before serving the entirety of Coyle's eight-to-16-year sentence, with an additional four years of "intensive supervision," hinges on the jury’s public questions about the traffic stop.

Prior to a unanimous vote to convict, the foreperson sent a note to Coyle, asking that it be read onto the record for "the court, arresting officers and their superiors."

“We unanimously are uncomfortable with the inconsistent statements and testimonies … by the police officers," it read in part. "This seems like an illegal search based solely on profiling and should not have been admissible."

"I deem you a danger to the community." – Court of Common Pleas Judge Anne Marie Coyle

Griffin's defense attorney, David Walker, took that note to mean the jury "believed Mr. Griffin had been the victim of racial profiling and that the police officers lied on the stand."

Coyle, who drew headlines for a screaming match that ensued while controversially appointing a defense attorney as a special prosecutor in a case before her last year, was soft-spoken on the bench Wednesday.

She said efforts to rehabilitate Griffin during a criminal history of double-digit arrests and convictions had failed.

"I deem you a danger to the community," Coyle told Griffin, who looked out the window of Courtroom 1002 as he heard he would face up to 16 years in prison in the case. She cited as a factor in her decision "your lack of remorse."

After the hearing, which lasted less than an hour, Griffin was escorted out of the room and taken back to jail, where his family was told he'd be held in solitary confinement until being moved elsewhere to serve his sentence.

He's remained in custody for more than a year-and-a-half since the arrest.

After the hearing, both his girlfriend and mother said they were resigned to the lengthy sentence, if not worse.

They challenged the judge's assertion that they were "disrespectful" during the three-day trial in May, and admitted some sense of relief with moving into the appeals phase, which could take several years to resolve as Griffin remains in a state prison.

"I heard a lot of smart-ass comments out of her Donald Trump mouth," said Griffin's mother, Avis. "And 18 arrests? She must have gotten him mixed-up with another Tyrone Griffin. What is she talking about, little bags of weed?

"I'm not happy with none of it. She said he had no remorse? Why should he have remorse? We all saw what that letter from the jury said."

For her part, Green said she was ready to move forward, and holds out optimism that the appeal will be successful.

"We never challenged that there was a gun in the car," she said. "He was driving a muscle car in that neighborhood, so they ran the tags and pulled him over. He was racially profiled from the beginning. Today is when the case really starts."