Clerk was 'thrown around like a rag doll,' police superintendent says 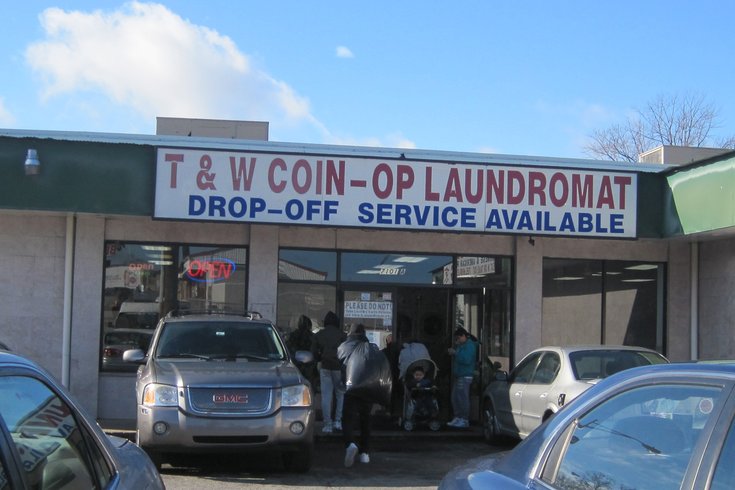 Upper Darby police a searching for two robbers who have their pockets weighed down with $400 in quarters after an early morning heist at a laundromat.

The pair, possibly a man and a woman, robbed the 39-year-old store clerk from Philadelphia at gunpoint early Monday morning. The victim, an employee of T&W Coin-Op Laundromat, 7101 Marshall Road, was working the night shift alone when she was attacked from behind and dragged into a boiler room of the business 4 a.m.

Police Superintendent Michael Chitwood said at a press conference Monday the robbers were wearing camouflage masks, gloves and hooded jackets when they entered.

RELATED: Delco man charged with having sex with teen victim of human trafficking

“One was armed with a gun,” Chitwood said. “She never saw them [coming]. They came up from behind her and were on top of her before she saw them. She was dragged into the boiler room and told to ‘keep quiet or we’ll kill you.’ They went through her pockets.”

Cash totaling more than $600 – including $400 in quarters – and the victim’s jacket, were taken in the robbery.

Police are seeking the help of the public to identify the suspects or provide any information. Both suspects are described as about 5 feet 8 inches tall, with thin builds and between 20 and 30 years old.

Video obtained from inside the landromat shows the two robbers entering while the woman was working alone, cleaning the washers and dryers. There were no customers inside the shop at the time

“She was cleaning out the lint from the machines when these two urban terrorists come in,” Chitwood said. “One was armed with a gun. He held the gun to her head and put into a chokehold. The woman was grabbed from behind and thrown to the ground and dragged into the boiler room. They took the keys to the office and took everything out of her pockets and took off her shoes. ... The victim is very, very lucky. She was not significantly hurt but she was thrown around like a rag doll.

Chitwood said police believe the robbers had been watching the business and targeted it because it is open 24 hours a day.

According to Chitwood, one of the suspects entered the landromat's office and removed his gloves after the stolen quarters ripped through a plastic bag and spilled onto the floor. That person scooped the coins up barehanded and placed them into a white bucket.

Before leaving the room, the robber removed the victim’s jacket from a coat hook and put the hood of the jacket on his head before walking out, Chitwood said.

The Upper Darby Police Foundation is offering a $2,500 reward for information on the suspect’s identity.

“They are violent and we want to get them off the streets,” Chitwood said. “Somebody has got to know who they are.”