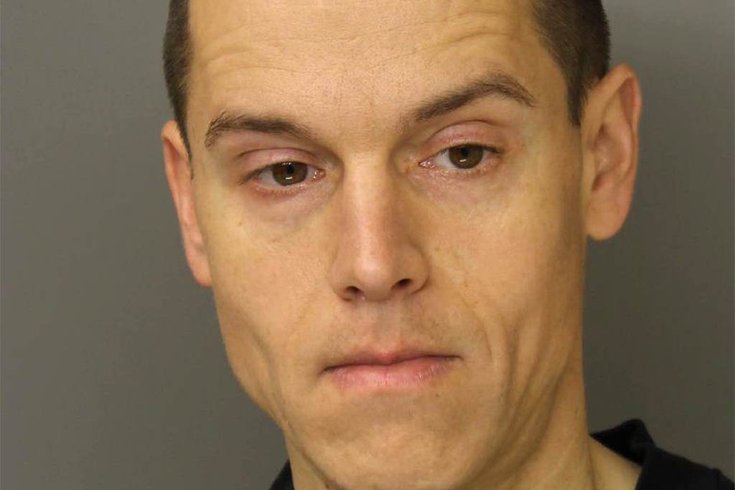 Matthew Jeffrey Sipps, 40, of Aston, Delaware County, is charged with patronizing a victim of a sexual servitude, a felony of the second degree. He is the first person in Delaware County to be charged under Pennsylvania’s new human trafficking legislation.

A Delaware County man is facing charges for allegedly having sex with a teenage girl he knew was a victim of human trafficking.

Matthew Jeffrey Sipps, 40, of the 100 block of Sweigart Lane, Aston, was arrested Monday and charged with patronizing a victim of a sexual servitude, a felony of the second degree, concealment of the whereabouts of a child, a felony of the third degree, and corruption of minors, a misdemeanor charge, according to the Delaware County District Attorney's Office.

Sipps is the first person in Delaware County to be charged under Pennsylvania’s new human trafficking legislation for engaging in a sex act with a known victim of human trafficking, District Attorney Jack Whelan said in a statement.

On April 23, 2015, Aston police Officer Thomas Hearty was contacted by the North Providence (Rhode Island) Police Department about 16-year-old female victim who contacted her mother to be picked up from a home on Sweigart Lane in Aston Township. The victim had been missing for eight weeks, her mother told police.

During the course of the investigation, detectives learned the victim used www.backpage.com to seek employment as an escort, making contact with a New Jersey man named who used the name “Jordan.” After making contact, Jordan picked up the victim in Rhode Island and drove her to a hotel in New Jersey. The victim told police that she told Jordan that she was 16 years old and had run away from home. Jordan told the victim that they were going to have sex because she was now “working” for him, authorities said.

After having sex with the victim several times over the course of three days, Jordan told the victim it was time for her to work. Authorities said he took photos of the victim scantily dressed, posting a backpage ad under the category “Philadelphia adult entertainment>Philly escorts” advertising “18-year old Italian cutie Maria on spring break looking to go wild.” Over a two-week period, the child victim met four men for sex and was paid approximately $2,500 which was split with Jordan, police said.

In March 2015, after responding to the BackPage ad, Sipps allegedly met the victim at a South Jersey hotel on four occasions and paid the victim for sex, according to authorities. At one point, he told the victim that he wanted to take her away from her current environment.

The victim told him she was 16 and a runway from Rhode Island, but Sipps took her to his home in Aston where he lived with his mother and two adult brothers, police said. The victim stayed with Sipps at his home for a month and they allegedly had sex several times.

Sipps told the victim to stay in his room and to avoid socializing with his family. Police said that for more than a week she told Sipps that she wanted to go home but he allegedly would not let her leave the house. Eventually Sipps provided the victim with a cellphone in his name and the victim contacted her mother in Rhode Island who then contacted local police about the whereabouts of her missing daughter.

In May 2015, FBI Special Agent Michael Goodhue and a detective from the North Providence Police Department met with Sipps. At that time, Sipps allegedly admitted to meeting the victim at motel in Maple Shade, Burlington County, after calling the phone number on BackPage.com.

Through the course of a separate federal investigation, the individual known as “Jordan” was later identified as Raymond Justis, authorities said. Justis pled guilty to federal charges of sex trafficking a minor in March 2016, and was sentenced to 14 years in federal prison.