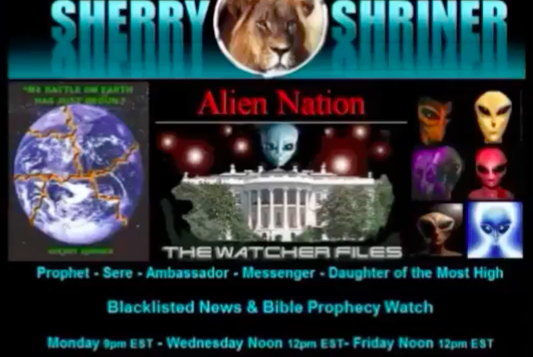 A Pennsylvania man who requested that his girlfriend kill him on Saturday may have been influenced by problems he was having with members of an online cult, investigators revealed over the weekend.

The shooting in Coolbaugh Township, Monroe County, occurred at the couple's studio apartment, where authorities said Barbara H. Rogers, 42, allegely shot 32-year-old Steven Mineo in the forehead with a .45 caliber semi-automatic Glock pistol, according to The Times Tribune.

Pocono Mountain Regional Police Lt. Steven Williams told the newspaper Mineo appears to have been enmeshed in an online cult with an apocalyptic worldview and a belief in a "new-age alien agenda." The group's website is run by a woman named Sherry Shriner, an author who cites biblical passages in "Revelations" to assert that aliens and UFO's are "fallen angels" destined to return to Earth in the last days.

Shriner's YouTube page, which has more than 6,000 subscribers, includes titles such as "Signs to watch for the Pole Flip is Imminent!!!" and "We've Hit Critical Mass!! Only 1 in 4 Humans is a real Human."

Williams said both Rogers and Mineo appeared to belong to the cult surrounding Shriner's teachings. When Mineo became suspicious that Shriner was reptilian and felt he was being harassed by members of the group, he allegedly asked Rogers to shoot and kill him, police said.

Rogers, who did not show any signs of injury, has been charged with criminal homicide

In a Facebook post days prior to the shooting, Mineo reportedly said he was watching "Resident Evil: Vendetta" and implored friends to become a "(doomsday) prepper and get right with God."