The former vice president will 'reignite our spirit of common purpose,' Booker says 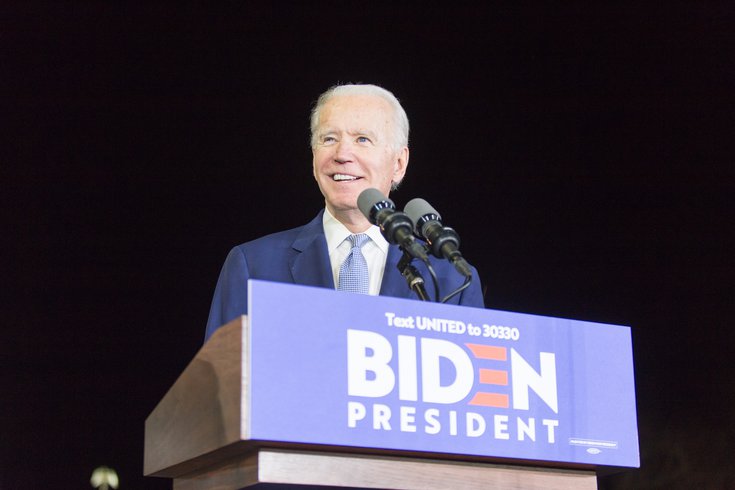 The New Jersey senator, who suspended his own campaign in January, announced the endorsement via Twitter.

"The answer to hatred and division is to reignite our spirit of common purpose," Booker tweeted. "@JoeBiden won't only win — he'll show there's more that unites us than divides us. He'll restore honor to the Oval Office and tackle or our most pressing challenges. That's why I'm proud to endorse Joe."

The answer to hatred & division is to reignite our spirit of common purpose.@JoeBiden won’t only win - he’ll
show there's more that unites us than divides us.

He’ll restore honor to the Oval Office and tackle our most pressing challenges.

The race to win the Democratic nomination is now down to Biden and Vermont Sen. Bernie Sanders.

Biden, a moderate, has gained the endorsements of several prominent Democrats since surging to a big win the South Carolina primary late last month.

Sen. Amy Klobuchar, of Minnesota, and Pete Buttigieg, former mayor of South Bend, Indiana, endorsed Biden after suspending their respective campaigns one day before Super Tuesday — a move that many viewed as a strategic boost to Biden's campaign.

Sen. Elizabeth Warren, of Massachusetts, and former New York Mayor Mike Bloomberg both dropped out of the race after gaining little traction on Super Tuesday. While Bloomberg later endorsed Biden, Warren announced she was not ready to endorse a candidate.

Biden, of Delaware, currently leads the Democratic race with 664 delegates, while Sanders has 573 delegates.

According to a CNN poll released Monday, 52% say they are supporting Biden in the Democratic primaries. Only 36% of such voters are supporting Sanders. The same poll shows Biden beating President Donald Trump 53% to 42% in the general election. It also finds Sanders coming out on top, 52% to 45%.