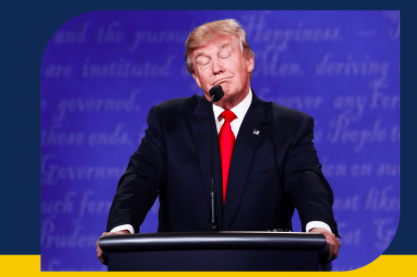 Counter-rally against Donald Trump scheduled for April 29 in Harrisburg.

Pennsylvania Democrats have organized a counter-rally to protest President Donald Trump's scheduled appearance in Harrisburg on Saturday to mark his 100th day in office.

The event, organized by PADems, is billed as a "Rally Against Trump's 100 Days of Broken Promises."

Less than a year ago on his campaign of disrespect and made-up statistics, Trump compared Harrisburg to a "war zone" and insulted the hard working people of the city. Now, he has the gall to come back to Harrisburg to mark his first 100 days in office from the Farm Show Complex.

Well, the people of Pennsylvania don't have such short memories, and we will stand up to Trump and remind the country what those 100 days were really like: filled with alternative facts, incompetence, and international scandal.

Trump in H-burg this Sat marking 100 days. Since I'm a glass half-full kind of guy, I look at it this way...Join us! https://t.co/StiDgMPhPv pic.twitter.com/zNrp1IKVFN

The event will be held Saturday from 5-8 p.m. at the softball field near the Pennsylvania Farm Show Complex & Expo Center.

President Trump, facing criticism over a lack of legislative progress during his first 100 days, is expected to try to drum up support in a state that proved crucial in his electoral victory over Democratic opponent Hillary Clinton last November.