Frontman Adam Duritz says he's lucky he's been able to call his shots, and he picked co-headlining with old pal Rob Thomas for this whistle-stop 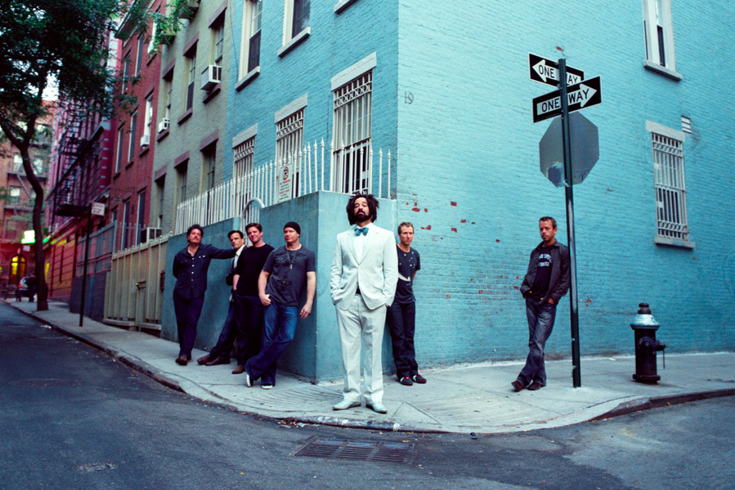 “Things moved along in a hurry. It seemed like we went from unknowns to famous in minutes," said lead singer Adam Duritz.

There is little that is conventional about Counting Crows. When the quirky rock band broke during the mid-90s, the group’s songs featured the tortured lyrics penned by singer-songwriter Adam Duritz. His early songs, with the exception of the band’s breakthrough hit “Mr. Jones” and “Einstein on the Beach" were typically not up tempo.

When its peers were signing mega deals during the Clinton era, Counting Crows passed on the massive contracts. The then San Francisco-based band opted for autonomy over a big advance.

“We have always been different,” Duritz said while calling from his Manhattan apartment.

“We signed for very little so we could have creative freedom. We could have had a bidding war, but we signed for a small sum. We chose higher royalties and artistic control.”

Duritz sounds like one of those early investors in Apple or Google.

When the jaunty single “Mr. Jones” became a hit and established the band, Counting Crows and the label were surprised.

“I liked 'Mr. Jones,' but I never thought it would become a hit. The label was really excited and wanted us to run with it.”

However, Duritz, an inveterate contrarian, was compelled to go to another song when television shows asked the band to perform.

“I wanted to go with 'Round Here' when we were asked early on to play 'Saturday Night Live',” Duritz recalled.

“That led to a huge fight [with their then label DGC]. But it was the right move. Our album moved 40 spots a week for five weeks. We went from 213 on the charts to No. 6 in just over a month.”

It all worked out for Counting Crows, which has sold more than 20 million albums. Counting Crows was more significant than many recall. “August and Everything After” was the fastest selling album since Nirvana’s “Nevermind.”

“Things moved along in a hurry,” Duritz said. “It seemed like we went from unknowns to famous in minutes.” 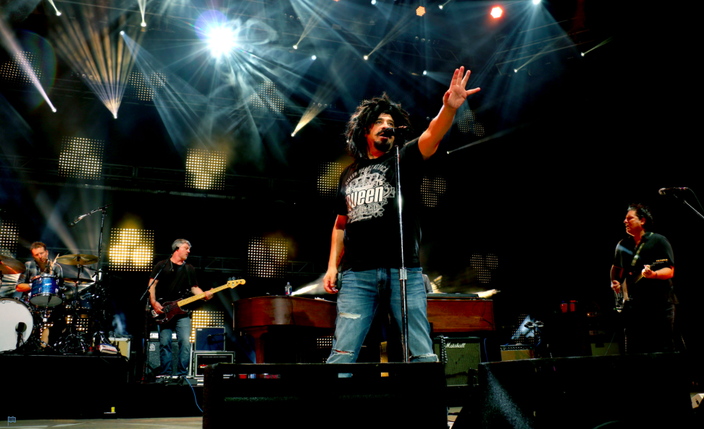 What the band became was a sturdy entity. Counting Crows has had its share of hits, such as “Omaha,” “Rain King” and “Long December.”


“We believed in each other,” Duritz said. “This has always been about being in a band.”

“I just don’t want to do that,” Duritz said.

“I’ve never had that inclination. I’ve been asked about it throughout my career. But this band means everything to me. I don’t need to have my name on an album or a marquee. I don’t need to work with other musicians. I get all of my creativity out with these guys. I love being part of Counting Crows. I know people say this all of the time, but we’re really like a family.”

That’s one more reason why Counting Crows is cut from another cloth. There is stability within the band. Guitarist David Bryson formed the band with Duritz in 1991. Keyboardist Charlie Gillingham, guitarist Dan Vickrey and multi-instrumentalist David Immergluck have been with the band since 1994. The group chooses exactly what it wants to do. Duritz wanted to co-headline with his close friend Rob Thomas. So, Counting Crows and Thomas’ group Matchbox Twenty are co-headlining on a tour, which stops Saturday at the BB&T Pavilion.

“We wanted to go out with Matchbox Twenty and that’s what we’re doing,” Duritz said.

“There is something to be said for being a musician and having the ability to make choices. You just don’t see a lot of that today.”