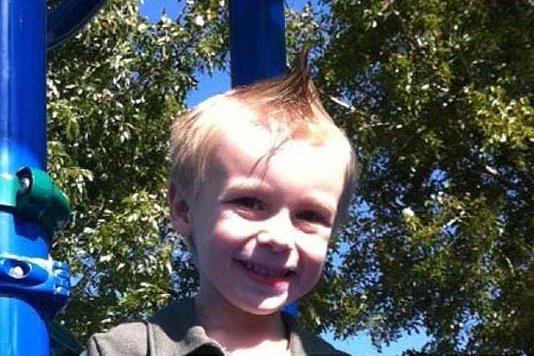 Mother loses legal battle to keep son from being circumcised.

If all unfolds according to Dennis Nebus’ plan, today Dr. Subhash Puranik will pick up a scalpel and cut apart the genitals of a healthy 4-year-old boy.

The boy’s name is Chase Nebus-Hironimus. He is Nebus’ son.

For readers accustomed to regarding the cosmetic removal of a male’s foreskin as a normal medical procedure, the above sentence is jolting. Cutting apart healthy genitals? What is she talking about?

The profound and acrimonious disagreements between [Dennis] Nebus and [Heather] Hironimus raise many ethical and legal questions: Do all legal guardians involved in the care of a child need to agree to a circumcision?

I remember the first time I considered my own inherited and previously unexamined bias on the subject. Despite the fact that 70 percent of the world’s men are intact, I grew up assuming that the circumcised penis was natural, the norm. My boyfriend, who later became my husband, strongly opposed the genital cutting of boys. Listening to him speak on the subject inspired research and reflection. I came to see how even the language used to describe circumcision reveals our cultural bias. For example, it’s common to read pro-circumcision literature describing how “the foreskin is removed from the penis” as if the foreskin was never a part of the penis in the first place.

Nebus wants his 4-year-old son’s penis to be cut. He wants his son’s foreskin to be removed. Perhaps he wants Chase to look like him. Perhaps he is inspired by religious convictions. Or, as supporters of the boy’s mother claim, he may be acting solely out of spite.

As reported in the Jewish Business News article “Circumcision of 4-Year-Old Boy Scheduled, Protesters Target Surgeon,” Heather Hironimus separated from Nebus when their son Chase was a 1-year-old. At the time, she signed a contract with Nebus that included a clause stating he would arrange and pay for the circumcision of Chase in a “timely manner.” Years passed. In the interim, Hironimus began to research and read about the risks and consequences of male genital cutting. She changed her mind and came to strongly oppose the procedure.

Today, Chase is a healthy, intact 4-year-old boy. Tragically, the imminent threat to his penis has become the centerpiece of a widely publicized legal battle.

The profound and acrimonious disagreements between Nebus and Hironimus raise many ethical and legal questions: Do all legal guardians involved in the care of a child need to agree to a circumcision? Can parents change their minds about previously agreed-upon cosmetic surgeries? How old does Chase need to be before his voice matters in court? What if Chase were 6 years old? Or 10? Does a child have a right to physical integrity? Is the cutting of male genitals a sound medical procedure?

Ten to 20,000 fine-touch nerve endings make the foreskin the most sensitive and erogenous area of the male body. The foreskin is an integral part of the penis. Every year, a small number of male babies die from complications due to circumcision. No medical organization in the world recommends the practice as routine. In nearly 20 states, Medicaid no longer covers circumcision. In many Western states, the rate of circumcision has fallen dramatically -- to less than 20 percent. These facts have persuaded more and more people, like Hironimus, to oppose the American practice of male genital cutting.

Last May, a Florida family court sided with Nebus. Despite her Herculean efforts, Hironimus’ attempts to appeal the decision thus far have been in vain. All Nebus needed to do was find a surgeon willing to circumcise a 4-year-old boy. How Hironimus, let alone Chase, feel about this has been deemed legally irrelevant.

Puranik, based in Plantation, Florida, isn’t the first doctor who agreed to perform the procedure. Pediatric urologist Dr. Charles Flack initially agreed to cut Chase’s penis despite acknowledging in court that there was no medical need for the procedure. Flack also stated he would never submit his own 4-year-old to such physical and psychological risk. In addition to protests at his Boynton Beach, Florida, office last January, the possibility of being the recipient of a potential lawsuit on behalf of Hironimus inspired Flack to change his mind. According to the Palm Beach News article, “Protesters at Doctor's Office Hope to Stop 4-Year-Old From Being Circumcised,” two hours into the protests, Flack stated he wouldn’t perform the surgery unless Nebus brought him a notarized consent form from Hironimus.

A mother’s consent mattered to Flack.

It doesn’t to Puranik.

Right now, as I type these very words, eyes across the world turn to Plantation, Florida. From Internet candlelight vigils to planned protests, hundreds of thousands express support for Chase’s right to physical integrity.

“Save Chase!” is their anthem.

Will protests persuade Puranik to put down his scalpel?

Will a frightened and confused 4-year-old boy be led into an operating room as I type these words? If so, how will Chase remember the procedure? What will the adults around him say when he awakens to find his penis profoundly altered and in pain? Certainly, his father would bear full responsibility for being the cause of an innocent child’s anxiety, confusion and fear.

A 4-year-old boy understands quite a lot about his body. If this surgery isn’t stopped, Chase will know intuitively and instinctively that something terrible happened. He will remember. This matters. His mother’s strong opposition to the unnecessary genital cutting of her son certainly matters. A generation from now, when American circumcision rates are at an all-time low, we will look back upon the legal battle over Chase's penis and shudder.

Let us not fail him today.