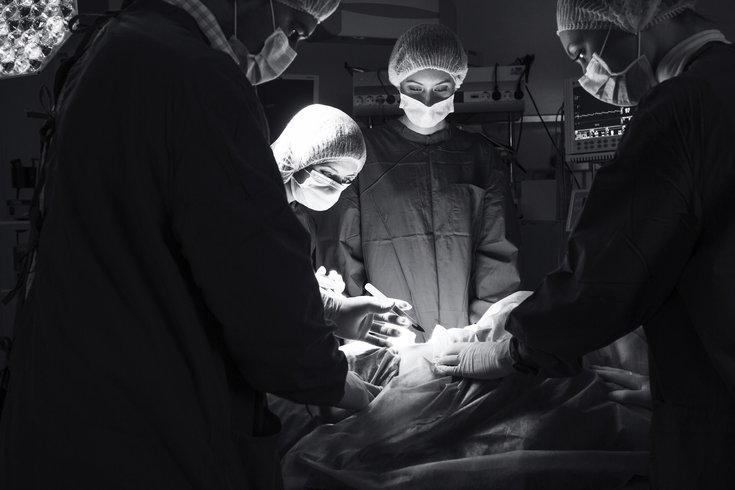 At the center of this legal battle stands a very frightened little boy. His parents are at war, and his body is their battleground.

Update: May 20, 2015- Heather Hironimus' attorney, Thomas Hunker, has filed to dismiss the federal lawsuit seeking to block Dennis Nebus from circumcising their son.

As of this writing, Heather Hironimus is still in jail for contempt of court.

On Thursday evening, May 14, Heather Hironimus was arrested by Broward County, Florida, deputies and jailed. Her crime? Refusing to sign court-ordered consent forms authorizing the genital cutting of her healthy 4 ½- year-old son.

For the last two years, Hironimus and the father of the boy, Dennis Nebus, have been engaged in a heated, public and loathsome legal battle over the fate of their son’s penis. Their story has catapulted the question of circumcision into headline news and has sparked a fierce debate in social media circles about the practice of genital cutting in America.

At the center of this legal battle stands a very frightened little boy. His parents are at war, and his body is their battleground.

Florida courts haven’t been friendly to Hironimus. A 2012 “parenting contract” -- wherein Hironimus agreed to sign consent forms with regard to a future circumcision that Nebus was to pay for and arrange -- served as the lynchpin that prompted a state judge to rule in favor of Nebus in May 2014.

Nevermind that the boy was 3 when his father decided to place the circumcision question on the table. Nebus claimed the boy had medical problems necessitating the surgery. Religious identity was not a factor. Nevermind that, according to court records, Hironimus retracted her agreement to the contract after researching the risks of the elective surgery. (Activists affiliated with the “Save Chase” movement contend that Nebus brought the question of circumcision forward because he learned that Hironimus opposed the procedure -- making this a “spite circumcision.”) A well-respected pediatric urologist testified in court that there was no medical reason to cut the boy’s penis. Did this matter? No. None of this mattered in Florida. The boy’s psychological well-being was never considered. The boy would have been 4 at the time of the elective surgery and clearly stated he didn’t want to be cut. This was deemed completely insignificant.

Hironimus’ attempts to appeal the court’s decision were denied.

In March, Palm Beach County Circuit Judge Jeffrey Dana Gillen issued a warrant for Hironimus’ arrest for contempt of court due to her refusal to appear and sign consent forms. A month later, Thomas Hunker, Hironimus’ attorney, filed a lawsuit in federal court on behalf of the boy (referred below to as C.R.N.H) with the aim of taking the case outside the state of Florida’s jurisdiction.

Hunker writes: “Judge Gillen’s decision to force circumcision upon C.R.N.H. by court order was against medical advice, against the will of C.R.N.H., and beyond the powers of a court under the Constitution.” Furthermore, “… to impose unnecessary, elective, cosmetic circumcision upon C.R.N.H at the age of 4 1/2 years old for no religious reason violates (the boy’s) fundamental right to privacy and bodily integrity secured by the due process clause of the 14th Amendment to the United States.”

In the interim, Hironimus and her son took refuge from the court-ordered surgery in a domestic violence shelter. They stayed at the shelter for more than 80 days. One can only imagine the profound fear, shock and grief that the child experienced upon witnessing his mother handcuffed and forcibly removed from his side. She remains in custody without the possibility of bail.

The heart of a boy

The heart of a young boy is fragile, sensitive, trusting.

True, his parents split before he was born and the adverse energy between them seems insurmountable. Nevertheless, one can imagine that the boy longs to develop a loving and meaningful connection to both of the people who brought him into this world. One can imagine how painful it is for him to be caught in such a terrifying situation.

It is presumed that the boy is currently with his father. Will Nebus quickly and quietly find a doctor willing to perform the controversial surgery? Will a little boy’s heart break as he is forcibly placed under general anesthesia?

Certainly, a great deal of fear and confusion currently flood his small being. His mother, his protector, is in jail. His parents are at war and the state of his genitals, something that only he should be able to alter when he reaches the age of consent, is in the balance.

Today at 1 p.m. EST, Federal Judge Kenneth Marra will rule on an emergency temporary restraining order filed by Hunker requesting that the boy be safe from an unwarranted and unwanted circumcision until the pending federal case is resolved.

If the child is circumcised while the federal case is being considered, “the lawsuit would be rendered moot,” he notes.

The long federal court hearing concluded today in suspense. Judge Marra has yet to make any rulings on the petitions set forth. Central to the issue at hand is whether or not Judge Marra determines that federal courts have jurisdiction with regard to the case. A temporary restraining order was not put in place. The federal court must first rule that it has jurisdiction to issue such an order.

An historic conversation did take place between Hunker and Judge Marra with regard to the equal protection clause of the constitution and how the anti-FGM statutes in place in America only protect girls from genital cutting. At this point, Hironimus remains in state custody. She wasn't present in court. The boy is currently living with his father and remains intact. Nebus agreed to give the judge a 7-day warning should he schedule a circumcision, the judge then would have time to make a ruling before the question becomes moot.