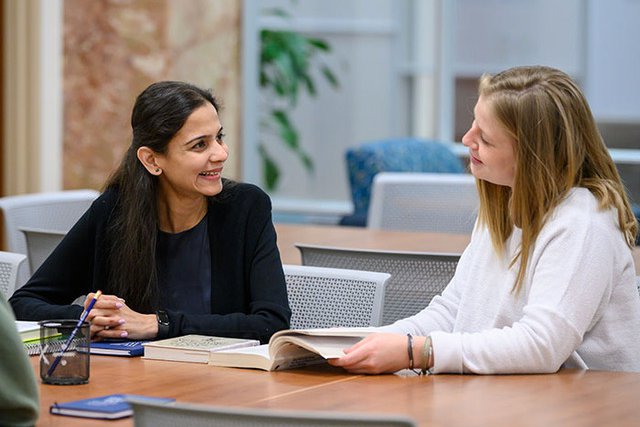 Over the past several decades, women have made significant progress in academic achievements as well as their representation in the paid workforce. Sadly, the global COVID-19 pandemic has had a major negative impact on all the progress that had been made and we saw women leave the workforce in staggering numbers. What it demonstrated was that there were still significant cracks in the system. The Anne Welsh McNulty Institute for Women’s Leadership at Villanova University was founded just over three years ago with a mission to promote gender equity and advance women in leadership roles through research and scholarship.

In this interview with Sue Rocco on Women2Watch, Founding Director of the Anne Welsh McNulty Institute, Teresa Boyer, EdD, speaks about the work being done by the Institute as well as the new Women's Leadership Development Certificate that aims to address these cracks in the system by helping individuals build new skills, gain an awareness of systemic issues related to gender inequality, and explore ways to influence change.

Susan: Tell me a bit about the history of Villanova, and how it connects to the launch of the Anne Welsh McNulty Institute for Women’s Leadership?

Terri: Villanova was founded in 1842 and for the vast majority of its existence, it was a male institution. What’s really interesting about the Anne Welsh McNulty institute is that it’s named after its benefactor Anne Welsh McNulty who was part of one of the very first graduating classes that was co-ed. Anne’s story mirrors the reason why there was a need to start an institute for women’s leadership where at one time the University was predominantly male.

Susan: Why do you believe personally we need an institute like this for women?

Terri: Historically most of our leaders have been men including CEO’s of fortune 500 companies and even the men who have served as the President of The United States. Women have been and continue to be heavily involved in our workplaces, our communities and in our economy and yet they hold very few leadership positions. We felt there was a need to have an institute that was cross-disciplinary and would work with different schools and universities and fields of study to learn what our best practices should be to truly have impact.

Susan: What changes have you seen over the last few years within the institute in lieu of all the firsts we are seeing for women?

Terri: With all of the firsts we have seen, we continue to have gaps within the systems that are in place. One of the changes is the increased level of awareness that there is inequity and still too few women in positions of leadership who can make a difference.

Susan: What have you found is working?

Terri: While there is certainly no silver bullet, the good news is there is a way to bring about systemic change. Each organization needs to do their research to uncover where their inequities and gaps lie. Building your team to include all stakeholders in an organization to bring each and every voice to the table, gather all data and create a plan is the first step toward change.

Susan: How exciting is it for you to be a part of this and the Founding Director as an alum yourself?

Terri: The opportunity came to me in an interesting way. As an alum, I was walking across campus with my brother-in-law one day and I turned to him and said, “You know it’s a shame they do not have a women’s center here because I would love to work here.” Literally two weeks later, one of my colleagues came to my office and put the job posting for the new institute on my chair! That was it. As someone who had been doing gender equity work for years, saw that the mission behind the institute was based on gender equity for the common good, and that is the wholistic approach I have always taken. I knew then that this was going to be my dream job!

The Anne Welsh McNulty Institute for Women’s Leadership fosters women’s advancement through education, advocacy, community‐building and the collaborative creation of new knowledge. We believe gender equity is central to the common good, and are committed to developing leaders in the Augustinian tradition of self‐understanding in the pursuit of a just and peaceful world.