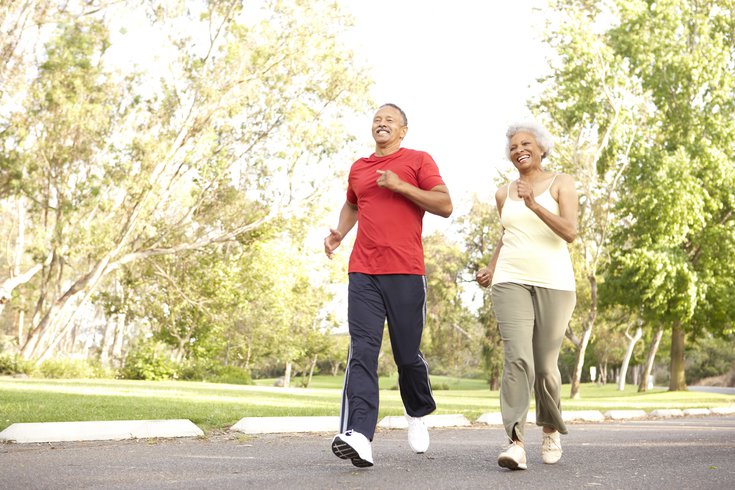 The COVID-19 pandemic shows people can be motivated to change their lifestyles, dump their unhealthy behaviors and adopt healthy practices. The challenge, of course, is sustaining these changes.

Now 18 months into the COVID-19 pandemic, the delta variant has some states hitting record numbers of new cases with hospitals bursting at the seams. Nationally, just over half of Americans have been fully vaccinated as the country readies to roll out booster shots.

Though the battle continues, enough time has elapsed for Americans to form new behaviors and demonstrate their discipline based on this extraordinary experience.

Such insights have been captured by a number of studies which collectively offer a glimpse into the possibility that Americans — men and women alike — can be motivated to change their lifestyles, dump their unhealthy behaviors and adopt healthy practices. The challenge, of course, is sustaining these changes.

If there is any silver lining in COVID-19, it may just be this peek into our resilience, or lack thereof, when it comes to addressing the growth of obesity and behavior-related disease that was plaguing the country pre-COVID.

Prompting a focus on health

Research from the initial stages of the pandemic reflects a focus on health and a willingness to embrace positive behaviors.

In a 2020 online survey of over 4,000 U.S. adults by Rally Health, almost half of the respondents said that COVID-19 made them more aware of their physical health. Other findings suggest that the pandemic may have been the motivation needed to take control of their health, with those acting to improve their health during COVID-19 more likely to be happier than they were before the pandemic.

Similarly, a Parade/Cleveland Clinic survey from 2020 found that 62% of respondents said "they made significant lifestyle changes including more time outdoors, improved sleep patterns, starting or modifying an exercise program or making other healthy dietary changes."

And, in a third 2020 study that aimed to quantify changes to sleep, exercise and other changes in health during COVID-19, over 5,000 U.S.-based subscribers to the WHOOP (a wearable fitness sensor) platform obtained more sleep, reduced social jet lag, exercised more intensely and altered the type of exercises they were performing.

However, just a year later, a 2021 follow-up poll conducted by Ipsos for Parade Magazine and the Cleveland Clinic proved less optimistic than all of the 2020 research. Many respondents reported the development of unhealthy habits and feeling more stressed.

Nevertheless, Ipsos found some positive change in the pandemic. In line with CDC guidelines, over two-thirds of respondents said they walked for at least 30 minutes a day. Sixty-eight percent said they stood up and moved around every 30 minutes during the workday and 58% made time for exercise.

These studies certainly offer no slam dunk for the enactment of healthy habits, particularly the more recent findings. Nonetheless, the fact that a large segment of the nation could be prompted to take up healthy behaviors is a sign that such a goal is not beyond our capacity, particularly if you were to boost such nuggets of change with education and awareness campaigns that could leverage the social dynamics witnessed during COVID.

Healthy People 2030, a report from the U.S. Office of Disease Prevention and Health Promotion describes a phenomenon known as social contagion: how social networks spread health behaviors and outcomes. What you might call a social virus.

According ODPHP, "social contagion suggests that when an individual's friend, sibling or spouse is obese, the individual's likelihood of also becoming obese increases." The report goes on to say that "similar patterns are seen for smoking and drinking behaviors."

Fortunately, under social contagion, the opposite is also true. ODPHP reports that "high levels of social support can positively influence health outcomes through behavioral and psychological pathways." They explain how support may help people stick to healthier diets and reduce stress which can affect cardiovascular, nervous and endocrine system interactions, and immune systems.

In sum, ODPHP asserts that social support can "directly benefit people and indirectly buffer them from risk factors that might otherwise damage health." While cutting both negatively and positively, there is the prospect that the positive health behaviors emanating from individuals during COVID-19 could potentially spark a larger response. The question becomes one of degree, and the ability to influence such a healthy spread of cultural change.

Researchers from Stanford University echoed similar sentiments when examining how social change happens and what leads people to change behaviors. Gregg Sparkman and Greg Walton examined how people behave when they think the norm is changing. "Showing how norms are changing can give people a model of how they can change too, and lead to a circumstance where many people change," Walton said.

"Dynamic norms, where people are engaged in changing behaviors, may play a large role in social change," according to Sparkman. "Just learning that other people are changing can instigate all these psychological processes that motivate further change. People can begin to think that change is possible, that change is important and that in the future, the norms will be different. And then, if they become persuaded and decide to change, it starts to become a reality."

Is there a silver lining?

What does this all mean for the potential to adopt healthy behaviors? Are there lessons we can draw from the reaction to COVID? The 2020 studies which reflect the country's initial response to the pandemic suggest that a sufficient jolt to our health consciousness has the power to prompt the adoption of positive habits.

Sixty-two percent of respondents saying that they made a significant (positive) change to their lifestyles is remarkable in a nation where 70% are categorized as obese or overweight. Unfortunately, the companion survey in 2021 was not quite as robust. A likely reflection of COVID fatigue, but, in the context of social contagion, the results create a foundation to build on.

Thomas Plante, a professor at Santa Clara University, offers a practical perspective. He references Americans' rush to buy toilet paper and students partying in Florida on spring break as illustrations of social contagion. Each reflected the speed and force of the herd mentality and the propensity for individuals to mimic behavior of others. Balancing his point, Plante points out that social contagion can equally generate positive and healthy responses, giving hope to the spread of healthy practices.

If COVID prompted you to start living healthy, but the stress of the times caused you to regress, you are not alone. However, if you can re-engage, take heart in the fact that your recommitment to positive behaviors may not only benefit you and your immediate social circle, but could also help trigger a transformational movement for the entire nation.