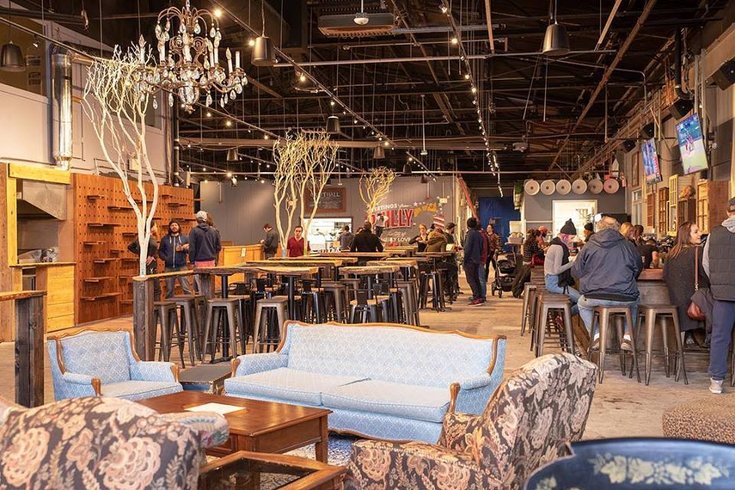 Craft Hall, a new beer and food venue housed in the former Yards Brewing Co. space in Northern Liberties, quietly opened over the weekend after talk about its arrival since fall 2017.

It's been nearly a year and a half since Yards left its former Northern Liberties home for its sprawling new brewery and restaurant at Fifth and Spring Garden streets, leaving the site at 901 N. Delaware Ave. vacant since late 2017. Shortly after the move, however, we learned the space would live again, with FCM Hospitality working to make the Craft Hall concept a reality.

Now open, Craft Hall offers its own brewery, as well as a bakery, counter-service eatery, two bars, a musical stage, and a playground for kids (and adults) in a space clocking in at around 35,000 square feet.

The beer is brewed Mainstay Independent, which actually began serving out of the location in November and is run by former Sly Fox brewmaster Brian O'Reilly.

The bread is from Lost Bread Co. Bakery, which has an original location-turned-retail-outlet on Howard Street. The bakery is headed by Alex Bois, a previous James Beard Award nominee.

join us for opening weekend

The concept for Craft Hall came from Avram Hornik, whose other projects include Parks on Tap and work with Morgan's Pier and The Dolphin.