Sean Benschop faces multiple counts of third-degree murder after six people were killed and 14 others injured on June 5, 2013 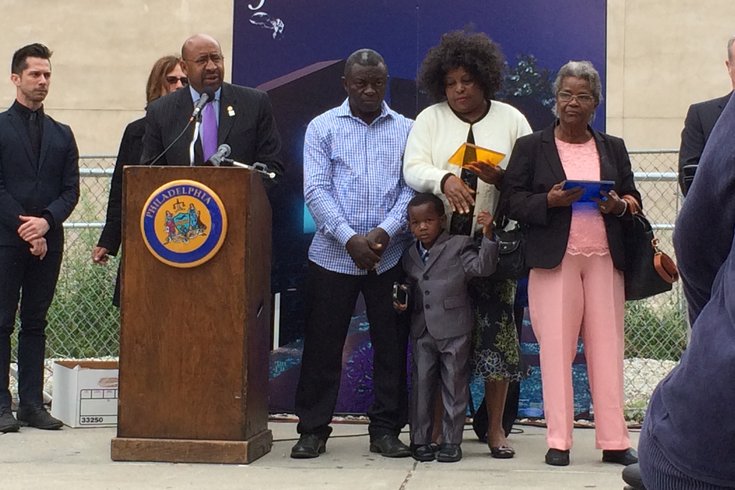 Mayor Michael Nutter presents replica windows to families of the victims killed in the June 5, 2013 building collapse Friday. A memorial will be built with windows symbolizing each of the dead.

A crane operator charged in the deadly Market Street building collapse of June 2013 may submit a guilty plea as early as Tuesday, sources close to the case told CBS 3.

43-year-old Sean Benschop faces multiple counts of third-degree murder after six people were killed and 14 others injured when a brick wall from a nearby building undergoing demolition collapsed on the roof of a Salvation Army Thrift Store located at the corner of 22nd and Market streets.

Blood tests revealed that Benschop, who faces a potential life sentence, had marijuana and prescription narcotics in his system on June 5, 2013, the date of the fatal collapse.

A hearing is scheduled for Tuesday morning, however Benchop's attornies and prosecutors in the case are unable to provide comment due to a gag order.

The city of Philadelphia commemorated the second anniversary of the collapse last month with an announcement of progress toward a planned memorial at the site. Mayor Michael Nutter went on record stating that nothing should ever be built again at that corner.

Demolition contractor Griffin Campbell also faces murder charges and has been called by prosecutors the "center of culpability" in the case.