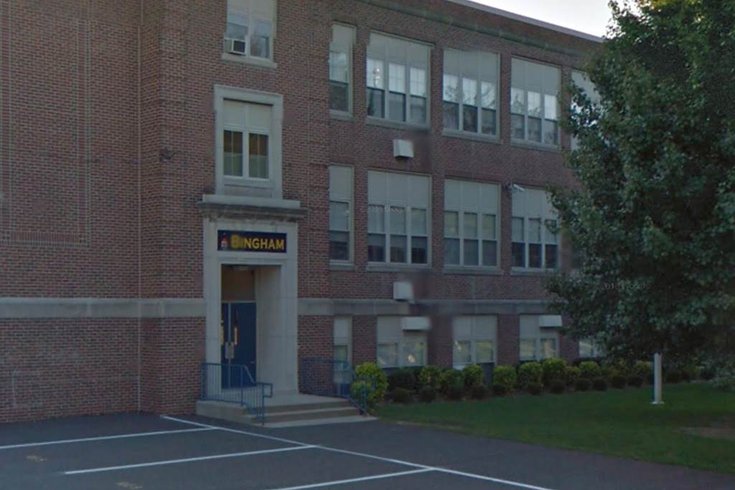 Runnemede’s mayor, Nick Kappatos, thinks his town is getting a bad rap on social media following the two-day suspension of a crossing guard.

The police department suspended Gina Bowne, a crossing guard for 16 years, after she reached out to the mayor via a text message about dangerous snow and ice in front of Bingham Elementary School.

She contacted the mayor – whose cell number is widely published and whom she knows through a coaching job – when her immediate police supervisor, a sergeant, turned out to not be on duty.

The first-term mayor contacted police and public works to address the safety issue. 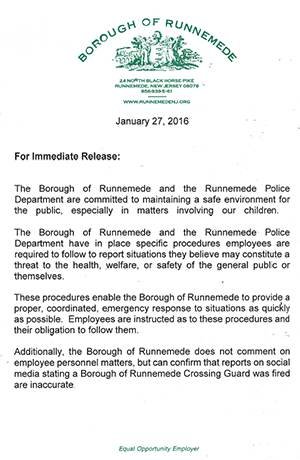 The Borough of Runnemede and the police department issued this statement on social media to explain the suspension of a crossing guard for texting the mayor directly about snow and ice conditions at a school.

“We had a friendly conversation and I followed through. She admits she didn’t follow procedure," Kappatos said. "She’s a 16-year employee, and she didn’t know what to do? Who else to contact in the police department?

“This has gotten blown up by social media," he added. "She has not appealed her suspension. That, to me, tells me she knows she was wrong.”

A message for the police chief was not answered, but in a Facebook posting about the incident, police said they are committed to public safety and employees are told the department's procedures and are required to follow them.

The department also said it does not comment on personnel issues.

Parents who spoke to television outlets expressed anger that the police department took action against Bowne for straying from procedure to protect their children.