The Pennsylvania native and former presidential candidate is on the company's advisory board, according to reports 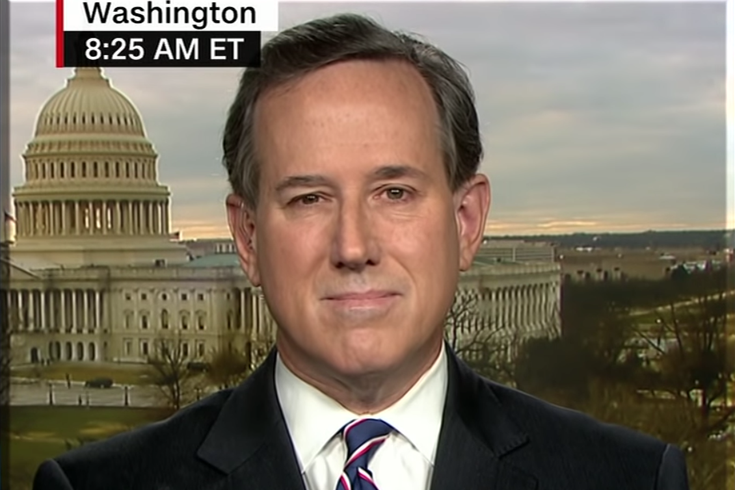 Rick Santorum is on the advisory board for a religion-based cryptocurrency called Cathio. This image shows Santorum during an appearance on CNN in January 2019.

That's not just word soup, we swear. Santorum is reportedly a member of the cryptocurrency's advisory board, probably thanks in part to his son-in-law being the company's CEO, the Financial Times reported.

"Cathio provides Catholic organizations with a payments platform that aligns with Catholic values, provides the tools necessary to increase donations and connect with both local and global Catholic communities."

In short, the Financial Times said, Cathio will act as a way for the Catholic Church and Catholic institutions to accept donations in a closed environment, akin to a service like Venmo.

Santorum noted his support for the company, which he said is "dedicated to helping the Catholic Church connect with younger believers," in a tweet earlier this year:

I am very excited to be part of a company dedicated to helping the Catholic Church connect with younger believers. https://t.co/OZTHPrJuyh

During his 2012 campaign for president of the United States, Santorum ran on a conservative platform and embraced his religious background, winning the endorsements of Evangelical leaders across the country.

Santorum served two terms in the Senate representing Pennsylvania, from 1994 to 2006, before losing his seat to Bob Casey. He also ran for president again in 2016.

Santorum, a Penn State alumnus, is currently a political commentator.