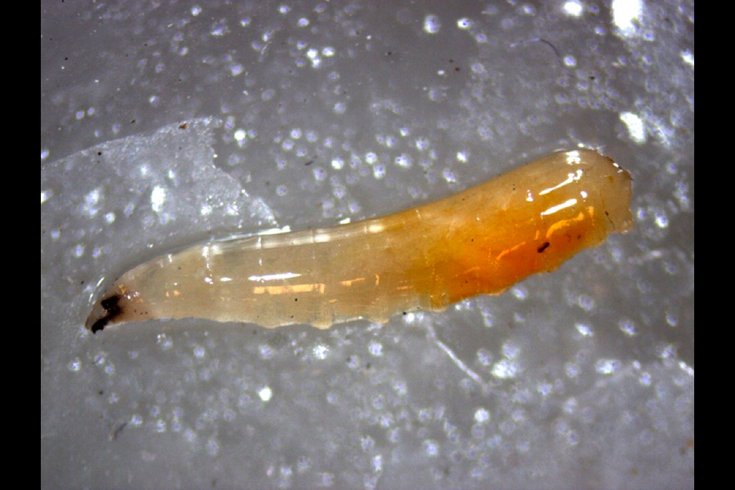 Ceratitis capitata, commonly known as the Mediterranean fruit fly, found in a shipment of Moroccan clementines in Camden, N.J., on December 14.

A destructive pest was intercepted by agriculture specialists in a shipment of Moroccan clementines in Camden, New Jersey, federal officials announced Thursday.

The U.S. Customs and Border Protection said that agents discovered one live larva of Ceratitis capitata, commonly known as the Mediterranean fruit fly, among many dead larvae on Dec. 14 during an inspection of approximately 105,000 cases of clementines that were headed to various American markets. CBP officials were able to quarantine the entire shipment.

The species, known as medflies for short, is capable of causing extensive damage to a wide range of fruit crops.

"This is an extremely important find,” said Kevin Donohue, acting port director for the Port of Philadelphia. “If Mediterranean fruit fly were to take hold in the United States, the estimated agricultural and economic loss would be devastating. Safeguarding America’s agriculture industries remains an enforcement priority for CBP, and it’s a mission that we take very seriously.”

California sustained billions of dollars in losses due to an infestation of medfly in 1989, CBP officials said.