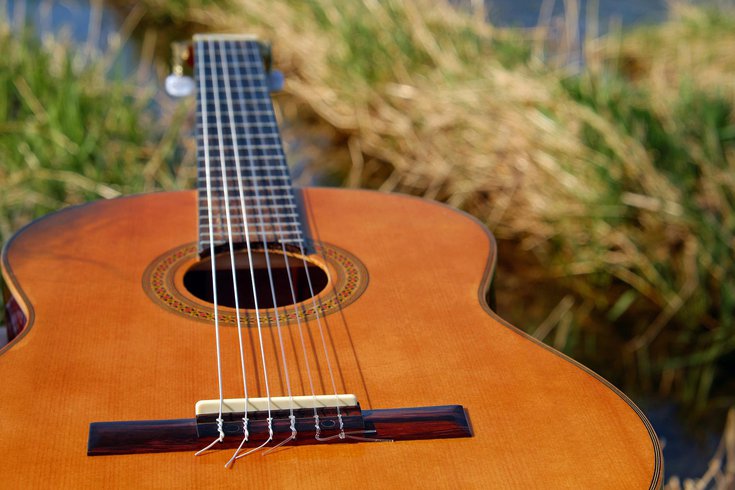 D'Addario's Playback program repurposes used instrument strings, which generally can't be sent to municipal recycling centers. Russo Music, which has a Philadelphia location, is one of roughly a dozen area shops collecting strings for the program.

It's uncommon for municipal recycling centers to accept used strings from instruments like guitars, basses and violins, but one of the nation's largest music accessory manufacturers is working to keep them out of landfills.

D'Addario started the Playback program in collaboration with TerraCycle, a company based in Trenton that collects traditionally non-recyclable waste and converts it into raw materials. Roughly a dozen music shops around the region are now participating in the initiative.

Since Playback began in 2016, eight million strings have been recycled and the goal is to reach 10 million by the end of 2022. The company says that each year, the program keeps 1.5 million pounds of metal out of landfills. D'Addario says TerraCycle can recycle strings from any instrument.

Russo Music – which has locations in Asbury Park, Hamilton and Philadelphia – is one of the biggest contributors to the Playback program. So far, the chain has sent D'Addario over 80,000 strings in 42 shipments.

"The status quo isn’t going to change unless we put in the effort," said Scott Engel, the chain's director of sales and marketing, who considers himself a "chronic recycler."

Russo has been participating in the program since the beginning and became one of the biggest contributors by making it a competition between the three locations to see which can collect the most strings by weight.

In Philly, DiPinto Guitars at 407 E. Girard Ave., Vintage Instruments at 507 S. 7th St. and the Sam Ash in the Franklin Mills Mall are also participating.

So are a handful of music stores in the suburbs, which can be located on D'Addario's website.

Individuals can participate in the program, as well. Those interested simply need to collect at least two pounds of strings and sign up for Players' Circle, D'Addario's rewards program.

On the website, participants can print out a free shipping label. Three to five weeks after they send their strings in, participants will get points which can be redeemed for D'Addario gear, merch and other perks.