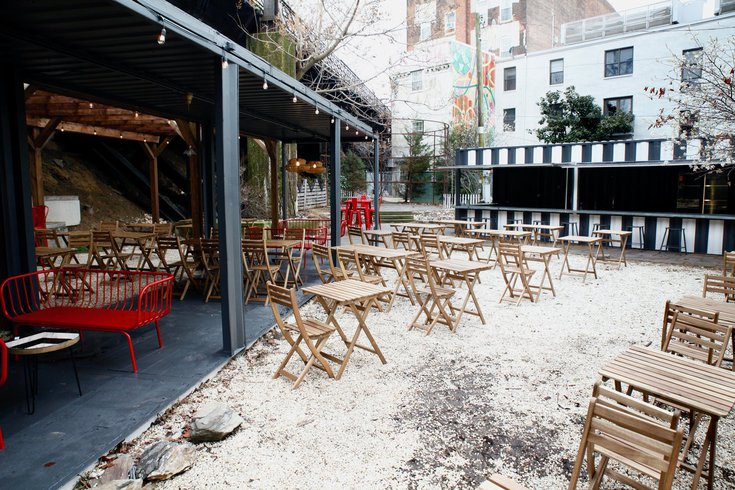 Love City Brewing's new outdoor beer garden will be located across the street from the brewery's Callowhill taproom.

Love City Brewing is expanding its Callowhill footprint by adding a new outdoor beer garden in celebration of its fourth anniversary.

"Love City Gardens" will open to the public Tuesday at 4 p.m. The pop-up space will be located across the street from the brewery's taproom at 1023 Hamilton St. in Philadelphia.

The garden, which has sat unoccupied underneath an elevated rail line at 10th and Hamilton streets, was originally designed as a tribute to the former punk rock venue City Garden in Trenton, New Jersey.

Though the space will still resemble elements of the concert hall it was inspired by, the setting has been redesigned to add more seating and awning for customers. The brewery has spent the spring painting the space and adding landscaping.

A pergola providing shade and cover from the rain hangs over the garden. Shipping containers set up in the space will offer shaded seating, too.

A mural created by artists Bill Strobel and Jeanne Zimmerman features "Love City Gardens" written with a can of the brewery's popular Love City Lager.

Love City's entire drink menu of beer, cocktails, wine and cider will be available. Guests can purchase food at an on-site food truck or bring their own food.

The venue also will serve as a space for events and new programming. Dogs are welcome as long as they are leashed.

"We're so excited to debut Love City Gardens," Love City Brewing's Melissa Walter said in a statement. "April 19 is our fourth anniversary and we look forward to celebrating with everyone. It's been a difficult two years, but this space feels bright and joyful, and we hope that will be the theme of the upcoming year."

Love City previously extended its taproom when indoor service was prohibited or strictly limited by the COVID-19 pandemic. Then, it expanded its taproom onto the adjacent parking lot, dubbing it "The Circus" due to the outdoor tent that hung over the space.