Taylor Swift's childhood home in Pennsylvania on the market for $999,900 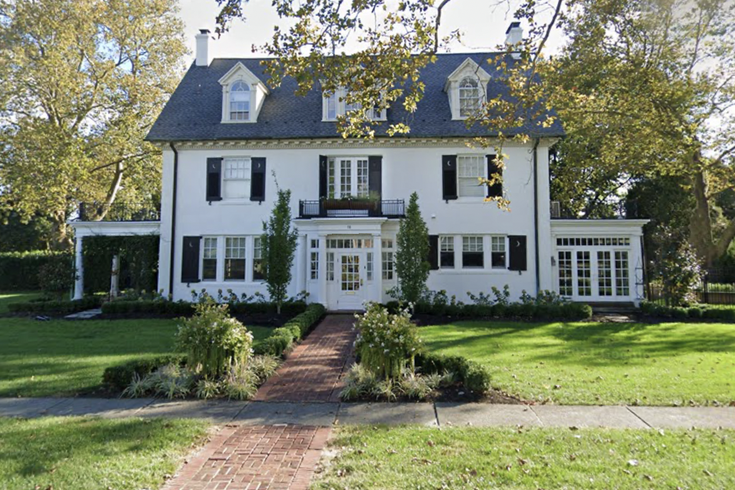 Taylor Swift spent some of her childhood years at 78 Grandview Blvd. in Wyomissing, Pennsylvania.

The Berks County home where pop star Taylor Swift spent a portion of her childhood has been listed for sale, offering fans another glimpse inside the stately Georgian Colonial property.

Swift, 32, spent the first 14 years of her life in Pennsylvania before her family moved to Nashville so she could pursue her music career.

During her early childhood, Swift and her family lived on Pine Ridge Farm, an 11-acre Christmas tree farm in Cumru Township that the singer has referenced in some of her music. She included footage from her childhood in the appropriately named, "Christmas Tree Farm."

I actually did grow up on a Christmas tree farm. In a gingerbread house, deep within the yummy gummy gumdrop forest. Where, funnily enough, this song is their national anthem. #ChristmasTreeFarm song and video out now 🎄https://t.co/p9Hk8blYpS pic.twitter.com/rTdGd1wIhK

The Swifts later moved to nearby Wyomissing, just outside Reading, and the family rented a five-bedroom home at 78 Grandview Blvd. while Swift attended Wyomissing Area Junior High School. That's the property now on the market.

Built in 1929, the house sits on a 0.75-acre lot with a spacious backyard and two-car garage. The interior soaks up plenty of sunlight and the home has been staged with plenty of Christmas wreathes to play up the Swift connection, as shown in a gallery of photos on Realtor.com. The property is now listed for $999,900, a price drop from an initial listing of $1,099,000 in February.

The Swifts left the home in 2004. It was purchased in 2007 by Daniel Mashevsky, who didn't know about the up-and-coming artist at the time. Mashevsky did extensive renovations on the property that unearthed some of Swift's old belongings, including toys and a note she had written about a trip to Disney World.

As Swift's fame grew, the Mashevskys began to get gawking visitors who treated the home as a pilgrimage site. They eventually sold the property for $799,000 in 2013.

During Swift's "Reputation" tour in 2018, she visited the Christmas tree farm and held up an old photo album that showed her playing outside a shed on the property.

Fans got a good look inside the Wyomissing home in 2020 when Sydney Redner, whose family owned the property, gave a tour on TikTok.

The Grandview Boulevard property is among the most expensive homes in the neighborhood, not least because of the lore attached to it. In today's real estate market, especially entering the spring season, it's not likely to sit around for very long.