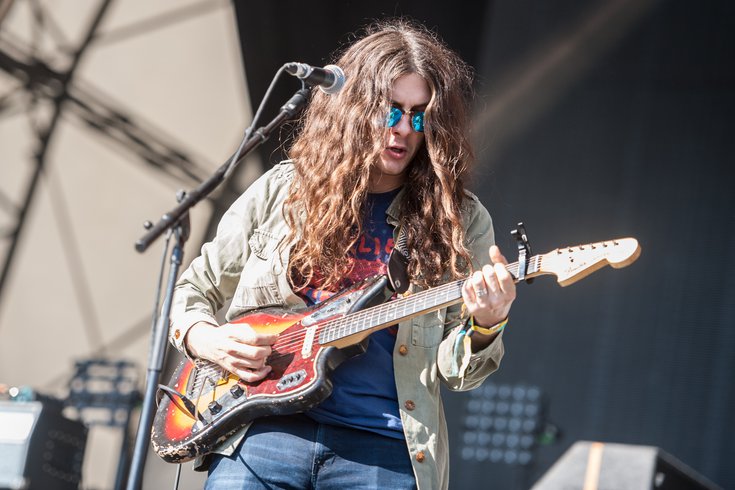 Nothing hits quite like a new single from Kurt Vile, whose tranquil guitars and pensive lyrics have that rare ability to alter the course of a listener's day for the better. He can get you looking at your inner life in a matter of minutes like few other artists.

Vile released the third single from his upcoming album "Watch My Moves" on Thursday, a warm tribute to the Philadelphia neighborhood where the Lansdowne, Delaware County native now resides.

The new track, "Mount Airy Hill (Way Gone)" comes with a video of Vile walking through what appear to be the woods surrounding the Wissahickon Creek. He's met by strange animations (or hallucinations), a doppelgänger in an alligator mask and a child in an E.T. costume that he seems to find amusing as he sings about losing touch with something important, yet elusive.

The upcoming release, due out April 15, will be Vile's ninth studio album and first LP since joining Verve Records, the home of legendary acts like The Velvet Underground and Frank Zappa. Most of Vile's best-known catalogue came via indie rock stalwart Matador Records.

Vile recorded the new album at OKV Central, his home studio in Philadelphia, and issued a statement to go along with the new single.

“When Waylon Jennings became an outlaw country artist, he liked to record at Hillbilly Central, which was Tompall Glaser’s studio," Vile said. "OKV Central is my version of that in Mount Airy. I’ve come into my own here, and at the same time I’m getting back to my home-recording roots.”

That's a welcome sign for Vile fans, not that he hasn't shined on recent records including 2018's "Bottle It In." Fans often wonder whether DIY-type artists will revisit the magic and solitary joy of their earliest material, and it sounds as if Vile will fuse that era with everything he's learned along the way on "Watch My Moves," a phrase he echos a few times in the new track.

This is the third single Vile has shared from the new album. Give "Hey Like A Child" and "Like Exploding Stones" a listen below.