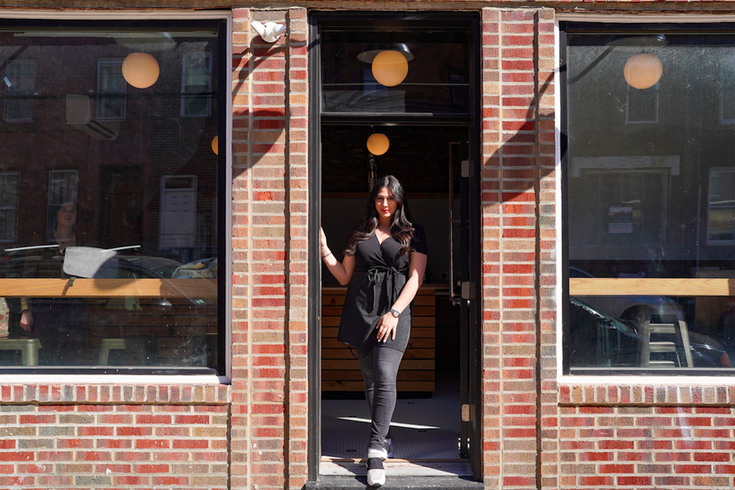 Janine Bruno, an acclaimed gelato maker who also teaches pasta-making classes, is opening the first brick and mortar location of Homemade by Bruno in Point Breeze.

An acclaimed gelato maker who also teaches pasta-making classes is opening a new space in Point Breeze that will serve as a production facility, classroom and retail location.

"I'm so excited to … finally have my own space that isn't my home kitchen," Janine Bruno, the chef behind Homemade by Bruno, said in a press release.

To celebrate her business's new home, Bruno will give away free samples of gelato and sorbet at 3 p.m. Friday.

But this location "will not be a typical scoop shop," she said. In fact, most of the time it won't be a shop at all. The space at 1245 S. 15th St. will mainly be a gelato factory.

Bruno's frozen treats have won numerous awards at events like the Gelato Festival World Masters. She also was identified as one of the best gelato makers in the U.S. by celebrity chef Giada De Laurentiis.

Though Bruno will be sharing broadly palatable varieties of her frozen treats, like a rainbow cookie gelato and a vegan lemon basil sorbet, on Friday, she's also known to make use of more outlandish ingredients.

Last year, she made a special pig's blood gelato for the South Philly restaurant Ember & Ash and aims to do more collaborations like that in the future.

The new space won't be open to the public every day, but Bruno will be posting times when people can stop by to purchase pre-made gelato pints on her Instagram account.

But the space is about more than frozen dairy. Bruno also will use it to teach pasta-making classes.

Per her Southern Italian family tradition, Bruno doesn't use machines. Her students will learn how to make pasta by hand with ingredients sourced from Italy.

People interested in taking a pasta class can sign up on Homemade by Bruno's website. The class costs $75 per person. Bruno also is offering a meatball-making class for $115.

The chef launched her brand in 2018 in the wake of a rough patch in her personal life.

She was diagnosed with breast cancer in 2016 and was able to fight off the disease, but in the two years that followed she also faced the end of a long-term relationship and was laid off from her job.

"Pasta and cooking literally saved me," she said. "I was in such a bad place mentally after my entire journey. I felt that I was without a purpose, and when I started to cook, it not only empowered me, but it brought me back to my roots."