Which Oscar nominated movies are must-sees before the Academy Awards? Here's what our staff recommends

The 94th annual ceremony will take place on Sunday, March 27 at 8 p.m. on ABC 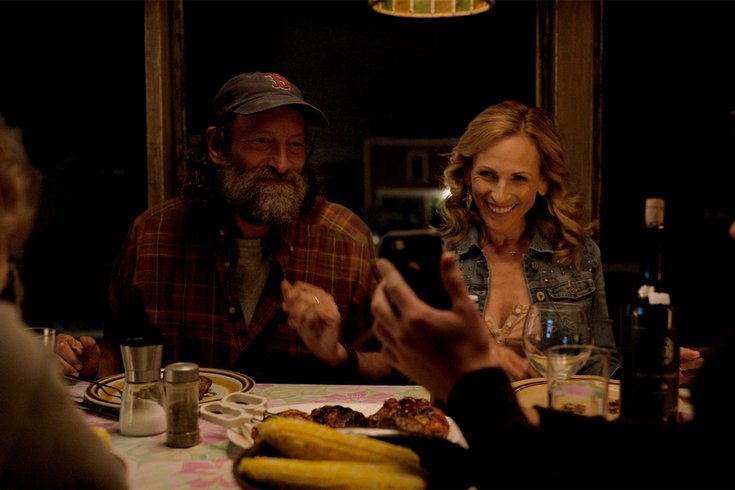 The 94th annual Academy Awards ceremony is almost here, and people are watching as many Oscar-nominated films as possible before March 27.

But for many, it's too difficult to watch every single movie that may win an Academy Award later this month. That's where we come in.

MORE: How to stream all the movies nominated for best picture at the 2022 Oscars

PhillyVoice staff writers and editors were called upon to name their favorite films that are up for an Oscar and why they chose them. Our goal is to provide you with a few movie recommendations before this year's show.

The 2022 Academy Awards will air Sunday, March 27 at 8 p.m. on ABC from the Dolby Theatre in Hollywood, California.

This coming-of-age, comedy-drama film had everything for me. A great story about a high school girl — the only member of her family who isn't deaf —as she discovers a passion for singing. The production team did a really great job showing the struggle that the main character faces having to decide between chasing her musical dream or staying home to help her family's fishing business in a coastal Massachusetts town. The acting is outstanding, highlighted by Troy Kotsur's Oscar-nominated supporting role. I was smiling the entire movie, and I will definitely be smiling if it walks away with best picture honors.

You don't have to be a tennis fan to enjoy this film. Will Smith's portrayal of Richard Williams in this biopic is among the actor's best performances of his career — up there with his starring roles in "Ali" and "The Pursuit of Happyness." Smith's portrayal of Serena and Venus Williams' father has earned the West Philadelphia native his third best actor in a leading role nomination. What also makes this movie so good is seeing the sacrifices Richard and his wife, Oracene "Brandy" Price, are willing to make in order to help their daughters become two of the greatest tennis players of all-time. Aunjanue Ellis received a best supporting actress nomination for her performance as Price. I've always been a tennis fan and respected what the Williams sisters have accomplished in their professional careers, but "King Richard" helped me further appreciate their journey to greatness.

This isn't a rewatchable flick, unlike what my wife and daughter think about best animated feature film nominee "Encanto." But "Don't Look Up" is one that should be required viewing for anyone who cares about the environment and the future of Earth. It's incredibly entertaining, and most of the movie is just Leonardo DiCaprio and Jennifer Lawrence being movie stars for about two hours. It's surprising how much you find yourself laughing in the face of a movie about the impending apocalypse. But the all-predictable conclusion is chilling and will leave you wondering, "How can I possibly care about Carson Wentz and Ben Simmons when the planet is literally in its demise all around us?" Watch it, and then get solar panels and cut out red meat.

The Mitchells vs. the Machines (Netflix)

A nominee for best animated feature film, "The Mitchells vs. the Machines" showcases that Phil Lord and Christopher Miller are at the top of the animation game right now. Following the wildly successful "The Lego Movie" and "Spider-Man: Into the Spider-Verse," a winner of best animated feature film award in its own right, the duo delivers not just the best animated film of 2021, but one of the best sci-fi films of the last few years. No movie has had more heart as of late; it's one of those flicks that makes you want to call your parents or kids just to touch base and remind them that you love them. That's before even getting into the Terminator-esque, robot-uprising action sequences that are a thrill and never let up. One highlight for me: John Legend and Chrissy Teigen voicing characters who are a parody of themselves despite me wondering if they're self-aware enough to realize they're being made fun of.

This is the type of movie that does great on Rotten Tomatoes and gets mediocre reviews from critics. Ryan Reynolds stars as an unwitting background character in a popular, "Grand Theft Auto"-style video game. When he develops free will as a result of artificial intelligence, he becomes a hero taking on the anarchy of the virtual world in which he exists. In the real world, the game's studio threatens to wipe Guy out in order quash a lawsuit from two young game developers who hope to prove they're the rightful owners of the revolutionary source code that transformed Guy from dufus to daredevil. Make no mistake, you'll frequently find yourself thinking, "I'm pretty sure that's not how that works," but there's just enough humor and visual artistry — the Oscar-nomination is for visual effects — to make this a fun and worthwhile movie. It has the feel of something proudly cheesy from the early 2000s.