The 'Law & Order: SVU' star made Twitter followers double-take with a joke about the state's high fuel prices 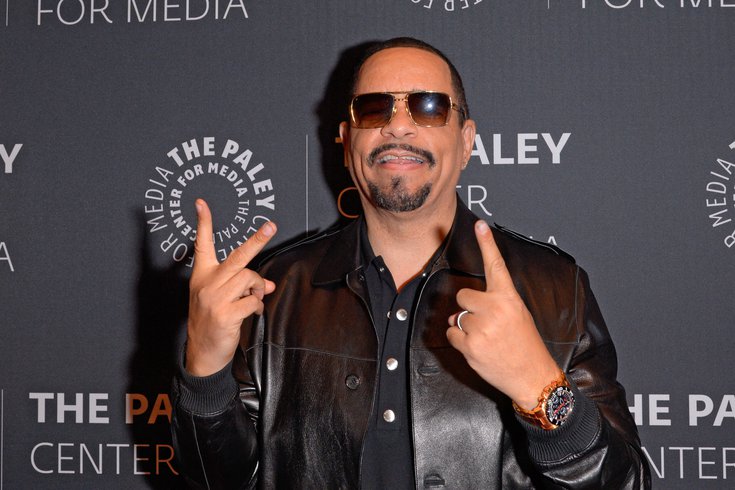 Newark native Ice-T says he was robbed at a gas station in New Jersey ... by a gas pump.

Brutally high gas prices in the United States have left many motorists watching their tanks fill in agony lately, a byproduct of Russia's ongoing invasion of Ukraine and crude oil markets that have sent shockwaves through the global economy.

The western U.S has been the nation's hardest-hit region, with the average price per gallon of regular grade gas climbing to $5.88 in California and $5.17 in Nevada, according to AAA. In the country as a whole, the average price stood at about $4.23 on Thursday.

The Northeast also has dealt with sharp upticks in gas prices, including an average of $4.20 per gallon in New Jersey and $4.31 per gallon in Pennsylvania.

On Thursday morning, "Law and Order: SVU" star and New Jersey native Ice-T decided to make light of the situation and commiserate on Twitter. The way he set up his punchline could easily fool anyone who reads the tweet inattentively.

I was robbed at a gas station in NJ last night. After my hands stopped trembling..I managed to call the cops and they were quick to respond and calmed me down..... My money is gone.. the police asked me if I knew who did it..I said yes.. it was pump number 9…

This is apparently a joke that has been going around lately, but robbery is also an effective way to have funny things to say.

While some fans responded to Ice-T's tweet with relief that he's OK, others either added more humor or context that isn't necessarily as funny.

No honey, it was the oil companies that out the gun to your head.

If that pump were left open for all to use, and an endless line of cars formed behind it, I'm pretty sure you could pay for every single bit of gas coming out of that pump without even noticing a blip in your asset portfolio.

So, jokes like this may start coming off poorly

Then call the oil and gas execs and complain about their stock buybacks and raises, perpetuating the rise in prices. They are conveniently attributing it to “inflation”. Don’t fall for it. I think that would be much more helpful than this post.

New Jersey saw a moderate dip in gas prices over the last week, but analysts say the cost of a gallon is likely to climb quickly again with the seasonal switch from winter to more expensive summer blend gas.

At the federal level, gas rebate proposals also have begun to gain some traction. One proposal would use income thresholds similar to the coronavirus stimulus checks in order to help families absorb the overall cost impacts that fuel prices are having on the economy. Other options would tie rebates to taxes and profits earned by oil companies that have reaped the benefits of the high prices.

The only hitch in Ice-T's joke is that in New Jersey, a gas station attendant would have been pumping his gas. Is that person considered an accomplice? Sounds like a case for "Law & Order: SUV."