Darren Sproles on season-ending injury: If I never play again, I have no regrets 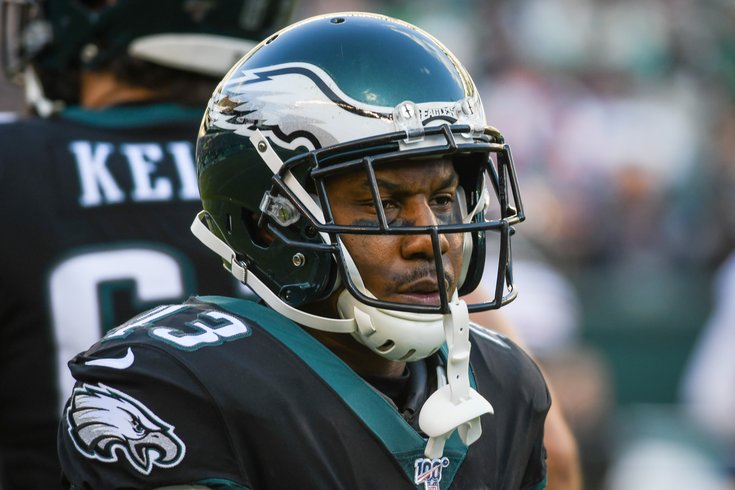 Darren Sproles during the Philadelphia Eagles game against the Chicago Bears at Lincoln Financial Field in Philadelphia on November 3, 2019.

The Eagles announced Friday morning that Darren Sproles is done for the year with a torn right hip flexor muscle, a bummer of a way to end what many believed would be his last go-round when the season began.

On Friday afternoon, Sproles took to Instagram to personally address the injury news with an earnest, heartfelt sentiment:

Man what a ride... I put my all in this game since the age of 8. I played every snap like it was my last. If I never put that #43 on again I have no regrets I gave it my all and I hope I made my family proud!

That's a pretty even-keel message from a guy who's seen three straight seasons torpedoed by injuries.

This very well could be the end of Sproles' 14-year NFL career. After proving rather durable, especially for a dual-threat running back, from 2007 to 2016, Sproles has played just 15 games since the start of the 2017 season. After a while, and especially when he'll turn 37 years old before the 2020 season begins, a player's ability to recover from injury starts to dwindle.

If this is it for Sproles, it's been a tremendously fascinating and successful career. The 5-foot 6-inch Swiss Army Knife of a player ranks fifth all-time in all-purpose yards, less than 2,000 short of Emmitt Smith. He was a threat in the run game, the pass game, and the punt return game for more than a decade. He was also one of the most hard-working players in any given locker room.

Of course, as PhillyVoice's Jimmy Kempski noted this morning, the Eagles' front office's decision to bring Sproles back this year after two injury-addled seasons looks even more questionable right now:

"While Sproles has had an outstanding career, it was a mistake to re-sign him this offseason, and it was odd that the Eagles were giving him offensive snaps as recently as their last game against Chicago when there isn't anything that he does better than Miles Sanders at this stage of his career. Sproles' absence on the field should open up more opportunities for Sanders."

But, all things considered, Sproles' time with the Eagles should be remembered for its explosive beginnings, rather than its unfortunate (possible) ending.