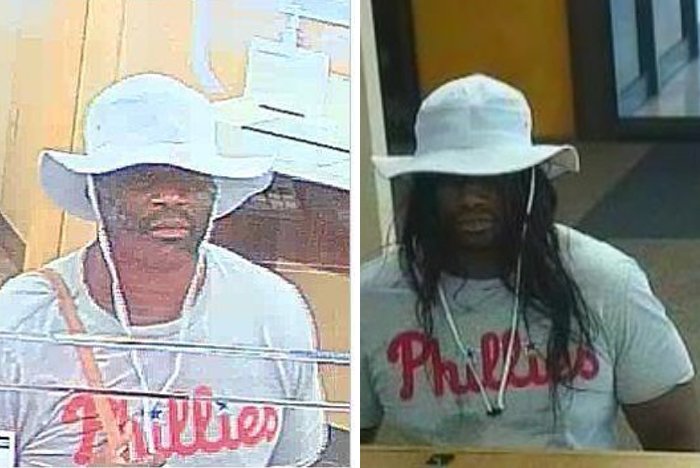 A man is suspected of attempting to rob Delaware County two banks in a 15-minute span and donning a wig to hide his identity, according to police.

An especially bold man allegedly attempted to rob two Delaware County banks in a span of 15 minutes, according to police.

When the suspect handed over a note to a bank teller, implying he had a weapon and was demanding money, police say the teller refused. The suspect then fled the scene on foot, according to police.

According to the Marple Township Police Department, the suspect was "possibly wearing a wig" during the second robbery attempt, as seen in the right half of the photo above.

In a release, Haverford Township police said the person in question "appears to be the same suspect" in both robbery attempts.