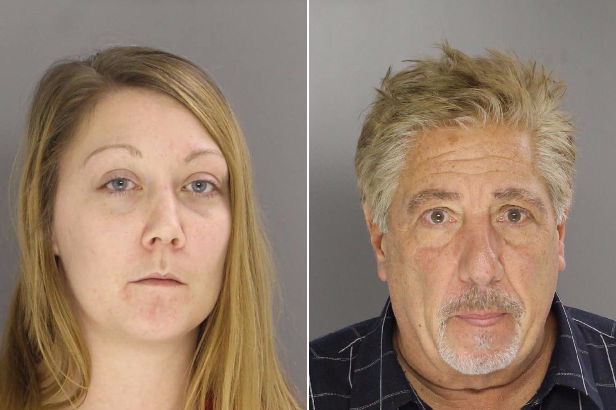 Two people are facing criminal charges after one man allegedly tried to smuggle an antianxiety medication that hidden in his pants into Delaware County prison.

Frank Cipriotti, 67 of Broomall, is being charged with criminal conspiracy, furnishing controlled substance contraband to an inmate and possession charges, according to the Delaware County Attorney General's office Friday.

Surveillance footage allegedly shows Cipriotti unzipping his pants and pulling out something wrapped in plastic that he gave to Christine Hamilton, a 29-year-old inmate at George W. Hill Correctional Facility in Glen Mills, on Oct. 26. The footage then shows Hamilton trying to conceal the item in her bra, according to the attorney general's office.

An investigation revealed that Cipriotti supposedly handed over 50 Xanax pills which were prescribed to her.

Cipriotti was arraigned and released on $150,000. A hearing is scheduled for both Cipriotti and Hamilton on Nov. 3.