Products will be made locally – and in China 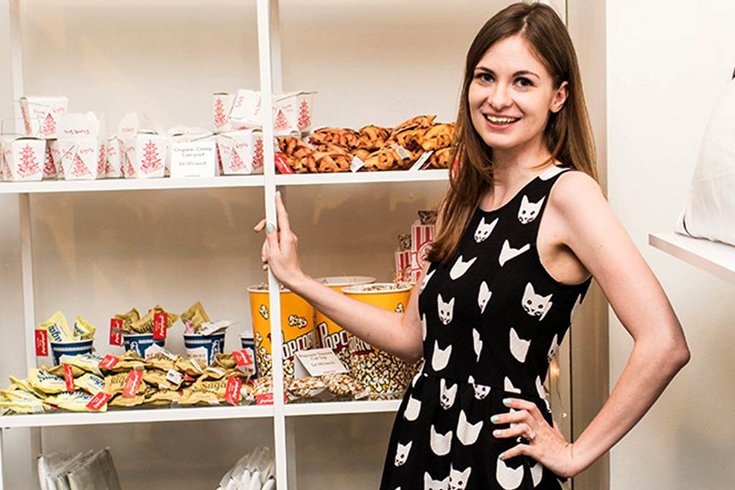 “I make toys that are trendy,” said Randi Warhol, owner of the Polydactyl Cat Toy Company. “I don’t like things that look silly and strange, and not sophisticated.”

The cat’s out of the bag: Polydactyl Cat Toy Company is moving production to China to meet demand.

Five years after Randi Warhol of Brookhaven, Delaware County, started selling her unique, handmade and food-inspired cat toys on Etsy, her business has become a sensation with the cat crowd. Soon she will be traveling back and forth between Hong Kong and China to oversee the production of her toys – by the thousands.

“I’ve never been to Hong Kong, but I’ve heard it’s like an Asian New York,” Warhol said. “I’m excited to see the culture, and the food.”

“I’ve never had a show (before) where people were just shoving toys in their arms. There was a line waiting to pay for my toys.” – Cat toymaker Randi Warhol

The toys will be manufactured at a woman-owned factory in China, not far from Hong Kong, she said.

Moving production overseas will allow Warhol to focus on the design of more toys, instead of sewing and production. In the United States, her toys are already in 50 stores, including two Philly stores: Omoi Zakka Shop and Amelie’s Bark Shop.

“Everyone has these ideas of what it’s like in manufacturing in China, but over there, they understand how cumbersome it is,” Warhol said. “Now, I can focus more on the design, marketing, and social media.”

Working out of her home for now, the part-time burlesque dancer and model was always artsy, with a love of fashion and her feline friends. She named the company after her cat’s polydactylism (when a cat has extra toes).

She could use the extra toes – or hands – right now to help with the toymaking process, which includes taking photos of each food item, editing them in Photoshop and then using her “measuring queen” talents to hand-sew each toy.

“I make toys that are trendy,” said Warhol. “I don’t like things that look silly and strange, and not sophisticated.”

A distributor in Singapore is interested in selling her cat toys in department stores throughout Asia, where the cat culture is very trendy. 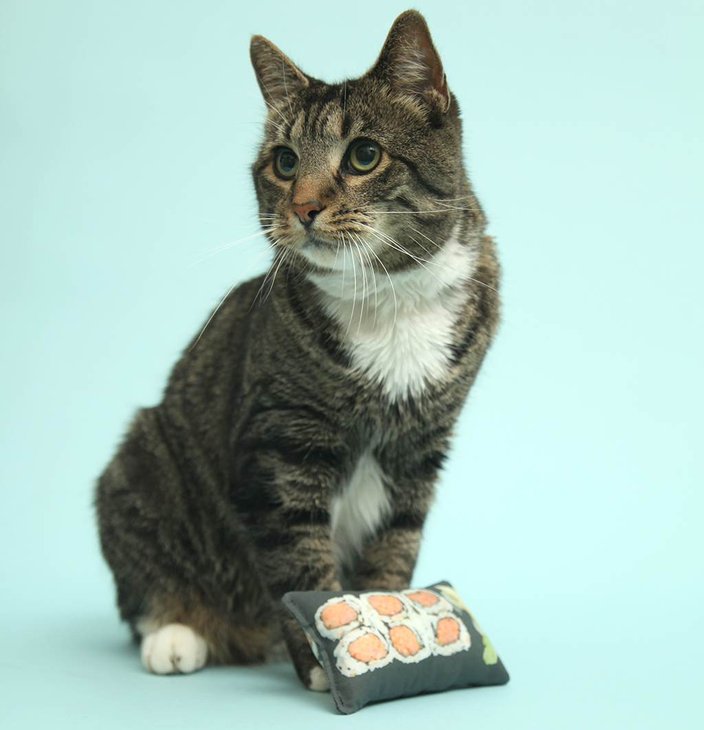 SOCIAL MEDIA IS THE CAT'S MEOW

The idea for Polydactyl Cat Toy Company was hatched on vacation.

After a relaxing trip to the beach in 2009, Warhol came back refreshed – with an idea on how to start a creative toy business.

She started by attending the Fashion Institute of Technology in New York City from June 2011 to May 2012 to earn certification in pet product design and marketing. She went back for a year in 2013 to become certified in production management.

Working long hours with her “team” – she and her two cats, Elliot and Bowie – Warhol can produce several hundred toys in a day, depending on the type of toy and its difficulty to make.

Before heading overseas, she’s working on several different batches of toys at one time. Some are for Cat Town in California, Cat Cafe in San Diego, and mock election pins for an Instagram account called “Donald Purrump,” or “Trump Your Cat.”

She’s also preparing far ahead for next year’s Cat Con L.A., after selling her entire stock of toys in the first week of the convention in June.

“I’ve never had a show (before) where people were just shoving toys in their arms,” Warhol said. “There was a line waiting to pay for my toys.”

Polydactyl has developed a fan base over the years by interacting with the cat community on Instagram, driving an increase in customers and followers simply by word of mouth and Instagram reposts of her toys.

“It’s almost like whisper down the lane,” said Warhol. “I think Instagram and social media is my biggest traffic.”

One of her biggest fans is Instagrammer Tricia Gesner from Montclair, N.J. Her account features her two cats, Charlie and Ginger, who love the toys. Their favorites include the french fries, onion rings and the pickle kicker.

“I love Randi’s sense of humor,” Gesner said. “I’ve been hooked on whatever she comes up with.”

Another cat mom Instagrammer, Brianna Kibler of York County, Pennsylvania, whose cat is Oliver Taco, said that she gets her catnip toys from Polydactyl. She said she’s become such good friends with Warhol from Instagram as members of the cat community.

Staying on top of her social media sites has also helped Warhol be in tune with pop culture and trends in the pet toy world. With many owners projecting their own interests onto their cats, putting “human things in a cat perspective,” making things like bow ties and hats has become mainstream for furry friends, she said. 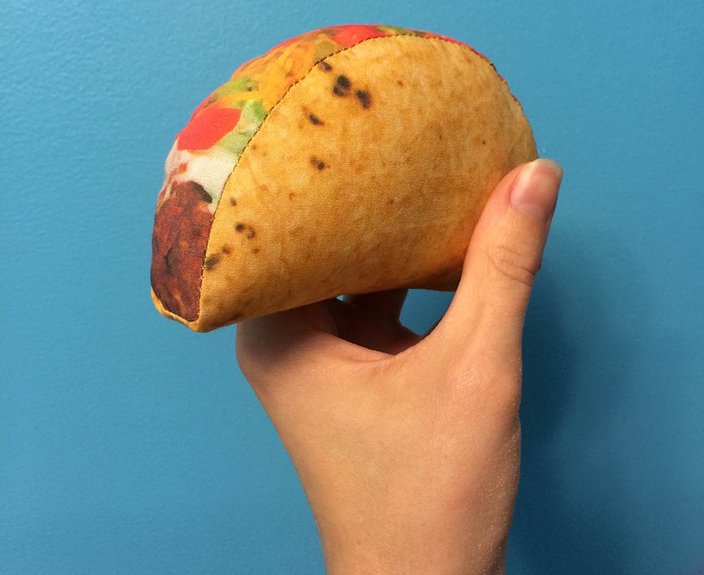 Food emojis is a recent trend, so Warhol is in the process of making a taco toy, and next, a pizza toy with custom boxes. Food packaging has always been a love for Warhol, so she takes careful attention to creating realistic packaging to go with her food toys.

“I’d like to put out extra money and have my own custom boxes, single serve boxes and do a nice big pizza slice, with my own art on the pizza box,” said Warhol.

By next year, she hopes that her trip to Asia will result in a bunch of toys being distributed for sale in "a lot more stores" all over the world.

This modern-day cat lady shows no signs of stopping her creative ideas. Some of her projects on her to-do list includes a crazy dragon roll sushi toy, an ice cream cart where she can sell ice cream cat toys on the street, and making t-shirt bags and thank you cards so that humans can enjoy her designs as well. Warhol would also like to turn some of her food artwork into cat collars.

Her future goals would be to make cat toys and children’s toys, where she can eliminate gender roles and make it so children and their pets can play together. Her big goal in life would be to create a supermarket where everything was realistic, food-like toys.

“I want my company to be cat toys and art,” said Warhol. “I just love to make people smile.”