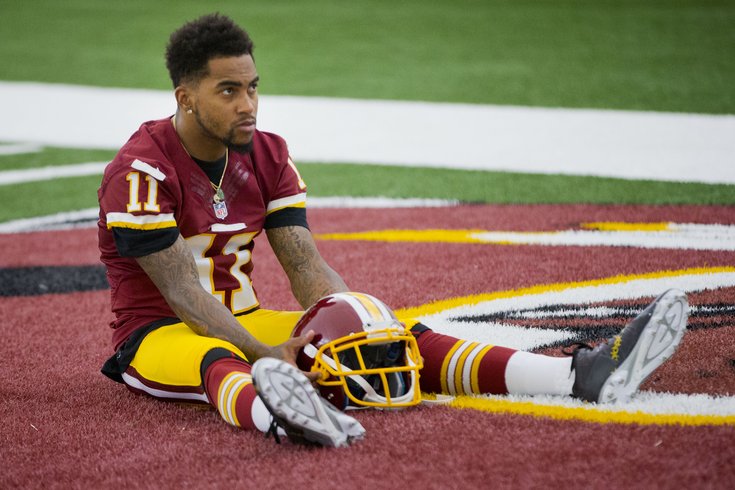 DeSean Jackson will have to face questions about gang ties again.

Welp... DeSean Jackson is going to have to answer questions about his gang ties again.

According to TMZ, "DeSean Jackson's L.A. home was the scene of a violent home invasion incident this week -- and at least one person inside got pistol-whipped."

The TMZ report notes that there were approximately six people in the house who fought off the intruders, and that police suspect that the incident was gang related.

This is not the first time a residence owned by Jackson has been invaded. In January of 2014, Jackson's home in South Philly was burglarized. Originally, the estimated haul from the burglary was $250,000. Police later took responsibility for that incorrect estimate, after Jackson told them it was $20,000. Jackson's response to the burglary was strange to some, in that he offered a reward of $50,000 for information leading to the arrest and conviction of suspects in the burglary of his home when the loss wasn't as substantial as originally thought.

Jackson's March 2014 release by the Eagles sparked a heated debate, as it occurred less than an hour after a report emerged from Eliot Shorr-Parks of NJ.com that Jackson's "gang ties" troubled the Eagles. In an April 2014 interview with Stephen A. Smith of ESPN, Jackson said the NJ.com report made "crazy allegations."

In Week 1 of this season, Jackson pulled a hamstring and has not played since. He has no receptions in 2015. There's a belief by at least one Redskins beat reporter (Mike Jones of the Washington Post) who thinks that DeSean Jackson could be released this offseason because of his "on the field" lack of production:

I’m expecting an overhaul of the receiving corps this offseason. I can’t see them bringing DeSean Jackson back to the tune of 9.25 million next season. He’s not reliable enough. Explosive, yes. But he’s not very versatile or dependable.

The "off the field" distractions could make that decision easier on the Redskins.