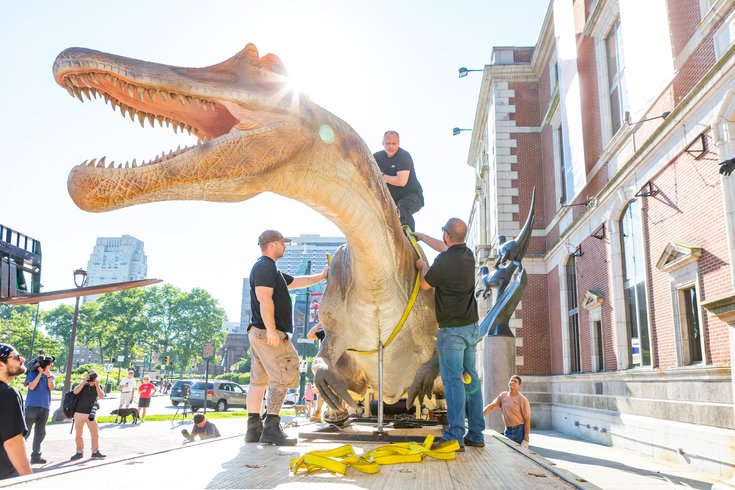 Workers prepare to unload a 40-foot-long animatronic Spinosaurus dinosaur from the back of a flatbed truck, Wednesday, at the Academy of Natural Sciences of Drexel University. The dinosaur is part of the exhibit "Dinosaurs Around the World" which opens to the public on Sunday, June 30.

"Dinosaurs Around the World," with nearly a dozen animatronic dinosaurs that blink, open their mouths to roar and look like they're breathing, opens at the Academy of Natural Sciences of Drexel University on Sunday, June 30.

The exhibit transports visitors to Pangea to discover how plate tectonics, land bridges, volcanic activity and sea level fluctuations allowed dinosaurs to disperse around the world. The exhibit also shows how dinosaurs adapted into a variety of forms because of the conditions where they lived.

RELATED: Museums in Philly offering free admission during Wawa Welcome America | Details on The Oval+ 2019, a pop-up park on the Benjamin Franklin Parkway 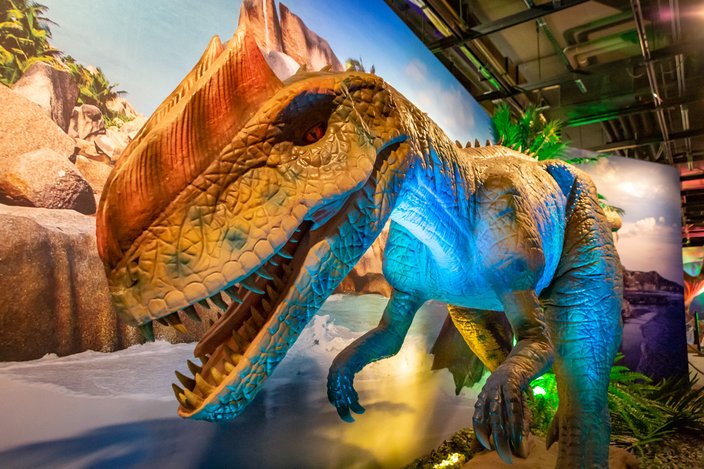 Curator and advisor to the new exhibit, created by Imagine Exhibitions, is renowned vertebrate paleontologist Dr. Gregory M. Erickson, who has participated in more than 25 paleontological expeditions across the globe.

Welcoming visitors to check out "Dinosaurs Around the World" are two massive prehistoric creatures outside the museum's doors.

"Spinosaurus is a theropod that lived in Africa 112 million years ago and Amargasaurus is a sauropod from Argentina that live 129 million years ago, and despite how they look here [next to each other], they never met," Scott Cooper, President and CEO of the Academy of Natural Sciences, explained to a group of children from Bright Horizons in Langhorne and media on Friday morning.

If you're wondering which is which, Amargasaurus is the slightly smaller one. 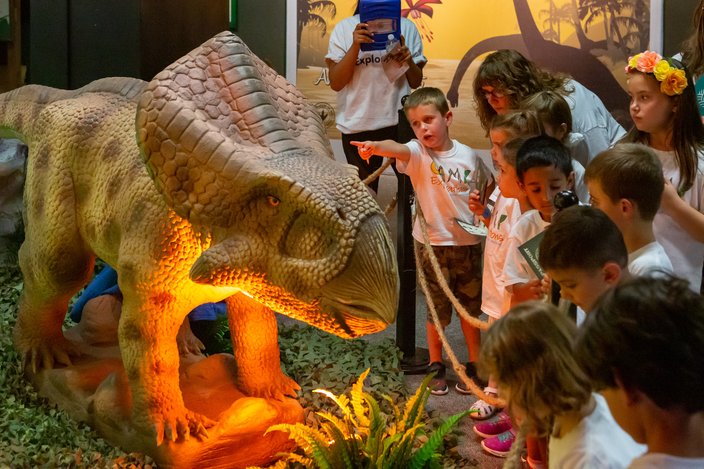 Children from Bright Horizons in Langhorne, PA, visit the Dinosaurs Around the World exhibit at the Academy of Natural Sciences of Drexel University.

Inside, visitors will see the mighty Tyrannosaurus rex of North America, the Leaellynasaura of Australia, the Protoceratops of Mongolia and other life-like dinosaurs.

When asked which dinosaur in the new exhibit is his favorite, Cooper chose the Velociraptor of the Gobi Desert.

"Somehow in 'Jurassic Park' they're 30 feet tall and they'll go after you and rip you to shreds. In fact, they're just big turkeys. So I think I really enjoy that one. It's trying to show kids the truth versus what they're shown in movies," he explained.

The new exhibit also includes a book nook for visitors to learn more about their favorite prehistoric creature, a chance to touch a real fossil from a duck-billed dinosaur and information about paleontological research.

"Academy of Natural Sciences was the first place in the world to display a fully mounted dinosaur over a hundred years ago in 1868 and today we carry on and enhance our historical role in presenting educational exhibits that connect people with nature in a powerful way," said Cooper. 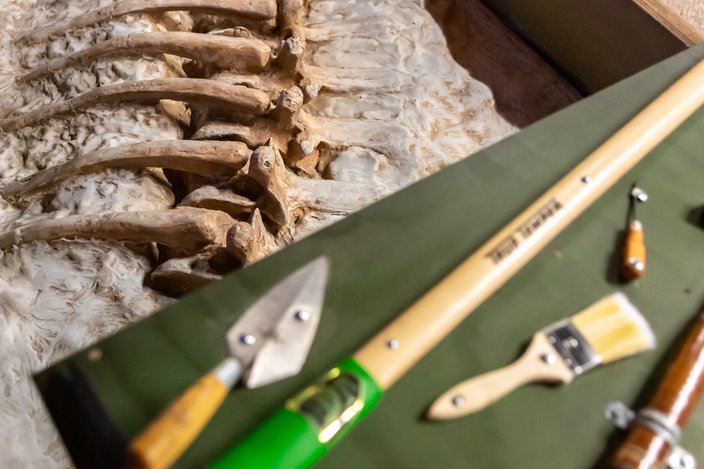 Visitors to the Dinosaurs Around the World exhibit at the Academy of Natural Sciences of Drexel University will learn about the “Tools of the Trade,” that are used for archeological digs.

"The size and realism of the moving dinosaurs and the settings really transport you back in time," said the Academy’s Senior Exhibits Director Jennifer Sontchi.

"Dinosaurs Around the World" will be on view through Monday, Jan. 20, 2020. Tickets can be purchased here.

The Academy of Natural Sciences is located at 1900 Benjamin Franklin Parkway.