The trailer for the sequel is light on details, but surprisingly dark 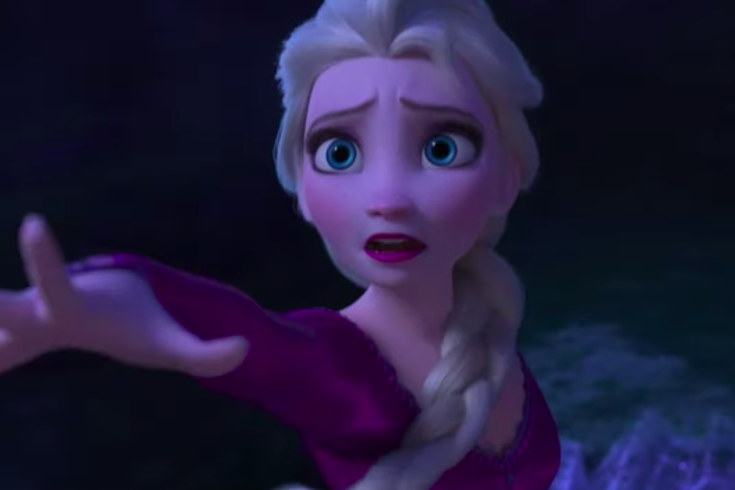 You can now watch the official trailer for Disney's "Frozen II."

We all remember Disney's "Frozen," right?

The animated feature is a family-friendly mega hit that dominated the box office when it was released in 2013. The movie gave us the incredibly catchy song "Let It Go," introduced us to the lovable snowman Olaf who likes warm hugs and told a heartfelt story about two sisters.

Those with kids have probably watched the Oscar-winning movie so many times since it first hit theaters. Which is why when Disney announced there would be a sequel, it was very exciting news – something new to watch on repeat.

Tuesday, the first full trailer for "Frozen II" was released. The trailer, just under two minutes long, is both light on details and surprisingly dark for a follow up to the top-grossing animated movie of all time.

There's no singing! There's no dancing! There's barely any adorable Olaf! All we see of the snowman is a quick clip of him screaming as he falls down a waterfall in a boat with Anna.

The trailer also doesn't offer any funny moments, which is very different in tone from the trailer that was released for "Frozen."

What we do see in the trailer for the sequel is the trolls tell Elsa, "The past is not what it seems. You must find the truth." Anna also promises, "I won't let anything happen to her."

Perhaps in future trailers we'll hear a teaser for what could be the next "Let It Go," but for now it seems Disney is keeping "Frozen II" songs a secret along with most of the plot's details.