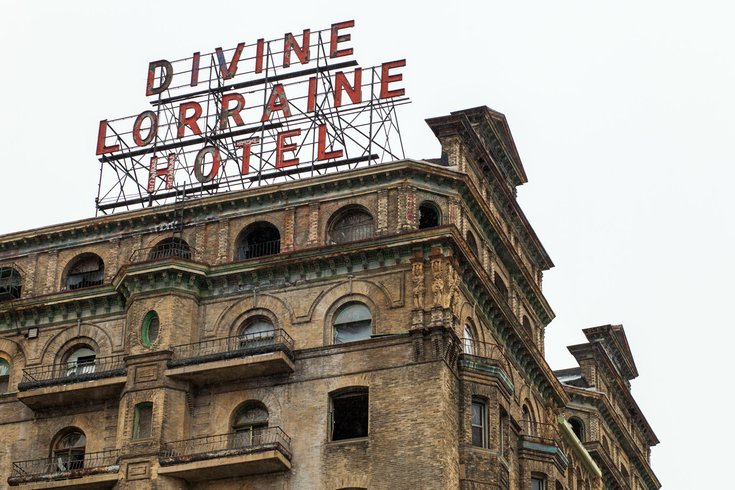 The Divine Lorraine Hotel's glowing sign will shine over North Philadelphia once again in late October.

The party will be held on Oct. 27 from 4 p.m. to 10 p.m. and will feature a beer garden, games and music, Curbed Philly reports. Proceeds from the event will go toward Big Brothers Big Sisters SEPA.

The event was postponed from an original date in September while the Realtor awaited a permit.

“It should be a good time for everyone to come out, and everyone’s invited,” Chris Cordaro, vice president of EB Realty, told Curbed Philly. “It’ll be an opportunity to strengthen the community message, which is really important to us in our developments along the North Broad corridor.”

GALLERY: Inside the Divine Lorraine

Restoration to the 19th-century building began last September. Developer Eric Blumenfeld spearheaded the project, which will turn the Victorian-era building into a mixed-use facility that, once completely open, will have 100 residential units, retail space and a restaurant on its ground floor.

The Divine Lorraine Hotel also has its own merchandise that'll be for sale at the late October event. Released by Lapstone & Hammer, a Philadelphia retailer, the merchandise pays homage to the building with denim jackets, sweatshirts and even Chuck Taylors.

The Divine Lorraine will begin occupying residents in November.