Dizengoff and Federal Donuts to open Miami locations this spring 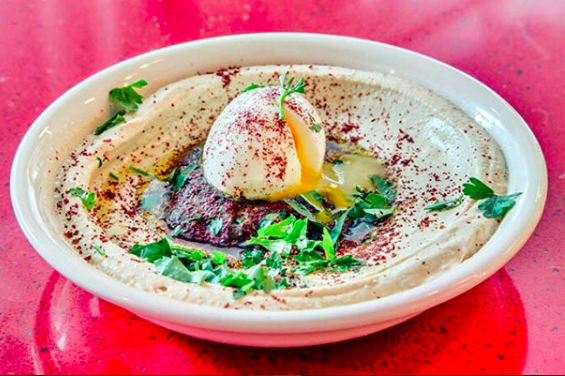 Hummus served at Dizengoff in Philadelphia.

Hummus and fried chicken and doughnuts, oh my.

Sunny South Florida is getting its own locations of two very popular Philadelphia eateries – Dizengoff and Federal Donuts – this spring.

Dizengoff, a hummus restaurant, or if you want to be fancy, an Israeli hummusiya, and Federal Donuts, an eatery focused on fried chicken and doughnuts, are two of the restaurants owned by the dynamic culinary duo of chef Michael Solomonov and restaurateur Steve Cook.

The two, through their restaurant group CookNSolo, are also behind Philadelphia's Zahav; Goldie, which is a falafel restaurant; and the Rooster Soup Co., which is a luncheonette that uses chicken broths made from Federal Donuts chicken scraps and then gives away all of its profits to charity.

According to Miami.com, Dizengoff and Federal Donuts will open next door to each other in Miami's Wynwood neighborhood. There is no word on an official opening date, but Miami.com said spring, so soon.