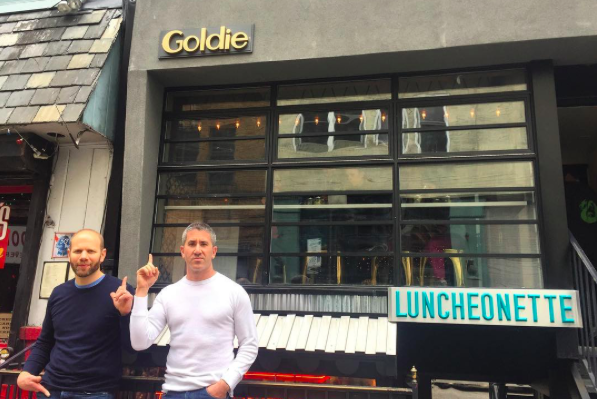 Goldie is located at 1526 Sansom Street

The owner of Philadelphia's critically acclaimed Israeli restaurant Zahav has embarked on a new project with the opening of Goldie, a vegan falafel shop in Center City.

The restaurant is 100 percent vegan, advancing a growing trend among restaurateurs in Philadelphia and the surrounding suburbs. Goldie is modeled on the falafel shops in found in Israeli cities, seating 20 people with an additional standing counter.

Solomonov recently took a starring role in the new documentary "In Search of Israeli Cuisine," directed by Roger Sherman of the Netflix series "Chef's Table."

Goldie, located at 1526 Sansom Street, becomes the sixth member of the CookNSolo family in Philadelphia along with Zahav, Abe Fisher, Federal Donuts, Dizengoff and the philanthropic Rooster Soup Co.