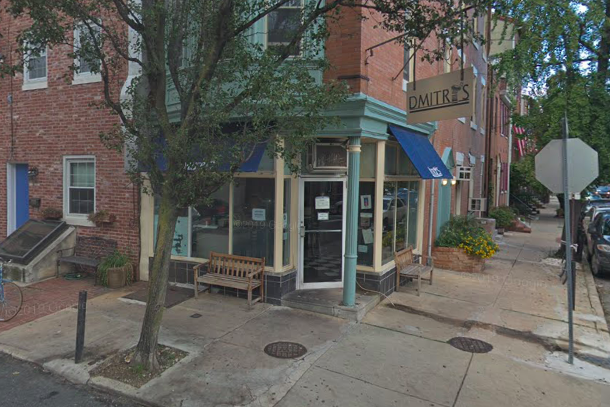 Dmitri's, at Third and Catharine streets in Queen Village, has permanently shut down after 30 years. A second location in Northern Liberties is undergoing renovations and a concept change.

Queen Village BYOB Dmitri's has shut its doors for good after 30 years on South Third Street, while its second location in Northern Liberties could be receiving a complete makeover.

The Greek restaurant was a popular place for its seafood and low-key ambiance. The phone number to the restaurant's location at 795 S. Third Street has been disconnected.

The second Dmitri's location on North Second Street has been closed since mid-October, but the restaurant's website says it is only closed for renovations and a change in concept. The Northern Liberties location opened in 2010.

Dmitri's previously had a third location in Fitler Square, but that restaurant closed in 2014.

Owner Dmitri Chimes told the Inquirer's Michael Klein the closure in Queen Village was not about slow business but instead came from concerns about the building's structure and difficulty finding quality kitchen staff.

There's no timeline set for the reopening of the Dmitri's located in Northern Liberties.