Eating yogurt and fiber may reduce the risk of lung cancer, study finds 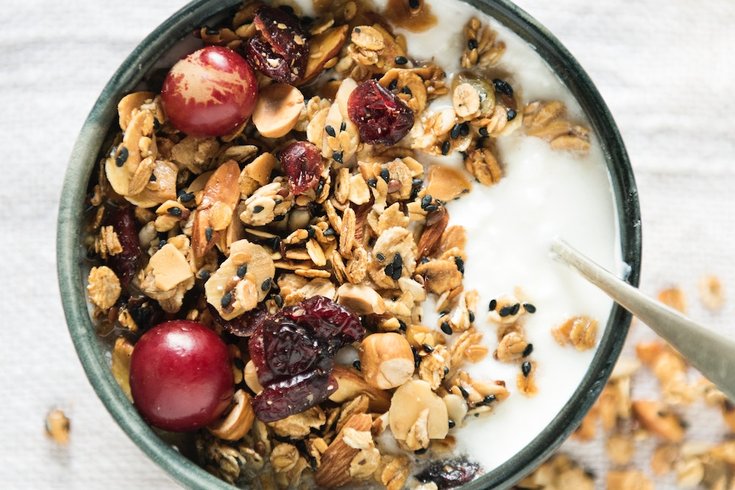 Eating more fiber and yogurt may reduce the risk of lung cancer, a new study finds.

Eating more fiber and yogurt may help lower the risk of developing lung cancer, according to a new study.

The study, published in JAMA Oncology, analyzed the diets of more than 1.44 million people in the United States, Europe and Asia. In more than eight years, 18,882 participants developed lung cancer.

Dietary fiber is a prebiotic – a compound that the body cannot digest. But prebiotics serve as food for probiotics, which include beneficial organisms in the digestive system. Yogurt contains probiotics.

Previous studies have found prebiotics and probiotics to be associated with a reduction in risk for various conditions, including metabolic disorders, cardiovascular diseases and gastrointestinal cancer. In one particular study, gut bacteria was linked to lung inflammation.

In the new study, researchers also considered the impact of various other factors, including age, ethnicity, education level, obesity and smoking status.

"Dietary fiber and yogurt consumption was associated with reduced risk of lung cancer after adjusting for known risk factors and among never smokers," the researchers wrote. "Our findings suggest a potential protective role of prebiotics and probiotics against lung carcinogenesis."

In the new study, participants who ate both more fiber and more yogurt reduced their lung cancer risk by 33%, according to Medical News Today.

One particularly interesting finding was that those who drank alcohol reaped the most benefits.

Lead researcher Xiao-Ou Shu, of Vanderbilt University Medical Center, told The New York Times that she is not quite sure of the connection between yogurt and fiber and the risk of lung cancer, but "inflammation plays a major role in lung cancer, and we know that the gut microbiome plays a major role in reducing inflammation. People who eat a lot of fiber and yogurt have a healthier microbiome."