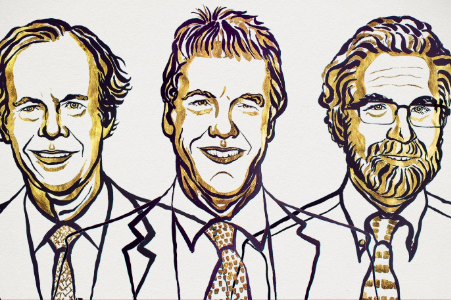 Dr. Gregg L. Semenza, a University of Pennsylvania alum, was among a trio of researchers jointly awarded the 2019 Nobel Prize in Physiology or Medicine.

Scientists have long understood the fundamental importance of oxygen – converting food into useful energy. But they did not know how cells adapt to changes in oxygen levels.

The award-winning scientists identified molecular machinery that regulates the activity of genes in response to varied oxygen levels. Their respective discoveries established a basis for understanding how oxygen levels impact cellular metabolism and physiological function, paving the way for strategies to fight cancer, anemia and other diseases.

"This is a basic aspect of how a cell works and, from that standpoint along, it's a very exciting thing," Nobel Prize Committee Member Randall Johnson told CNN.com, adding that it's a "textbook discovery." 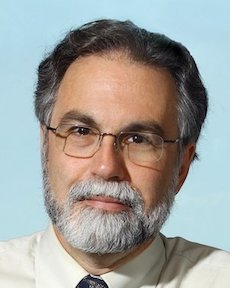 Semenza was asleep when the Nobel Assembly called to inform him of the news. He said it took two calls before he finally picked up. Then, he was speechless.

"Certainly nobody expects that, that's for sure," Semenza said in a telephone interview conducted by the Nobel Assembly. "Even after people have been telling you for 20 years or more that it's going to happen, no one expects it."

Semenza began his research years ago, initially studying red blood cell production. But it expanded from there, taking a few "unexpected turns."

"That's what makes science so exciting," Semenza said. "You never quite know where your studies are going to lead to. ... You have the added benefit that solving the puzzle may ultimately impact on people's health – that's, of course, the most important part of the process."

Semenza and Ratcliffe, working separately, found the oxygen-sensing mechanism was present in virtually every tissue in the body.

Semenza also identified a protein complex, known as the hypoxia-inducible factor, that binds to cells' DNA in an oxygen-dependent fashion. His research has led to an anemia drug, roxadustat, that was approved in China last December, according to Bloomberg News.

“Virtually all cells sense changes in oxygen availability, given the central importance of molecular oxygen to maintaining intracellular bioenergetics," said Dr. Celeste Simon, a Penn Medicine researcher who has collaborated with Kaelin. "The importance of the work by Drs. Kaelin, Ratcliffe, and Semenza is their discovery of a key oxygen sensing pathway.

"As such, drugs both activating and inhibiting this pathway will be useful for treating various forms of cancer or renal failure. The work of all three laureates exemplifies how years of hard work and collaboration can reveal the secrets of some of the most important biological processes in nature.”

"Unexpected turns are what make science so exciting. You never know where your studies are going to lead you."

We spoke to Gregg L. Semenza, today awarded the 2019 #NobelPrize in Physiology or Medicine. Listen to our interview with the new laureate:https://t.co/DYD12tkiCQ

Semenza earned his M.D. and Ph.D. from the University of Pennsylvania in 1984. In 1990, Semenza joined Johns Hopkins Medicine, where he currently serves as the director of the vascular program at the Institute for Cell Engineering.

Kaelin runs his own research laboratory at the Dana-Farber Cancer Institute in Boston and is also a professor at Harvard Medical School.

Ratcliffe, of England, runs an independent research group at Oxford University, where he also serves as a professor.