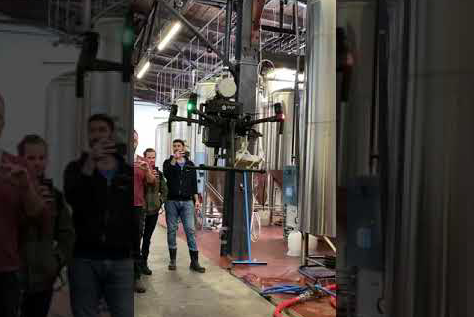 Philadelphia is a proud city of firsts, and now we can lay claim to the first drone-assisted beer.

Exyn's team struck up a friendship with Dock Street founder Rosemarie Certo and company, leading to a logical marriage of expertise.

"The Exyn team (drone in tow) road-tripped over to do a prototype at Dock Street West, our West Philly location, almost a year before opening Dock Street South, so we were ready to go with a concept and vision as soon as we got the new brewery set up," Dock Street said in a statement.

Exyn used its A3R model to serve as the assistant brewer for Swarm Intelligence Pale Ale (4.9% ABV 40 IBU), whose label is a multispectral photo captured by the drone at the Dock Street South facility.

Here's a video of the brewing process assisted by the Exyn drone.

"Dock Street has always been motivated by innovation and being ahead of the curve – we started our craft brewery in 1985, well before the microbrewery revolution hit the rest of the country," the brewery said. "The way we see it, it's only a matter of time before drones will be everywhere in every sector, but this is the first known collab where a drone has actively contributed to the brew process." 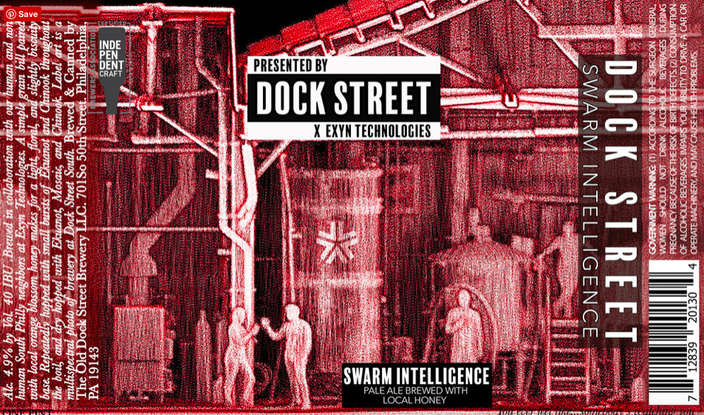